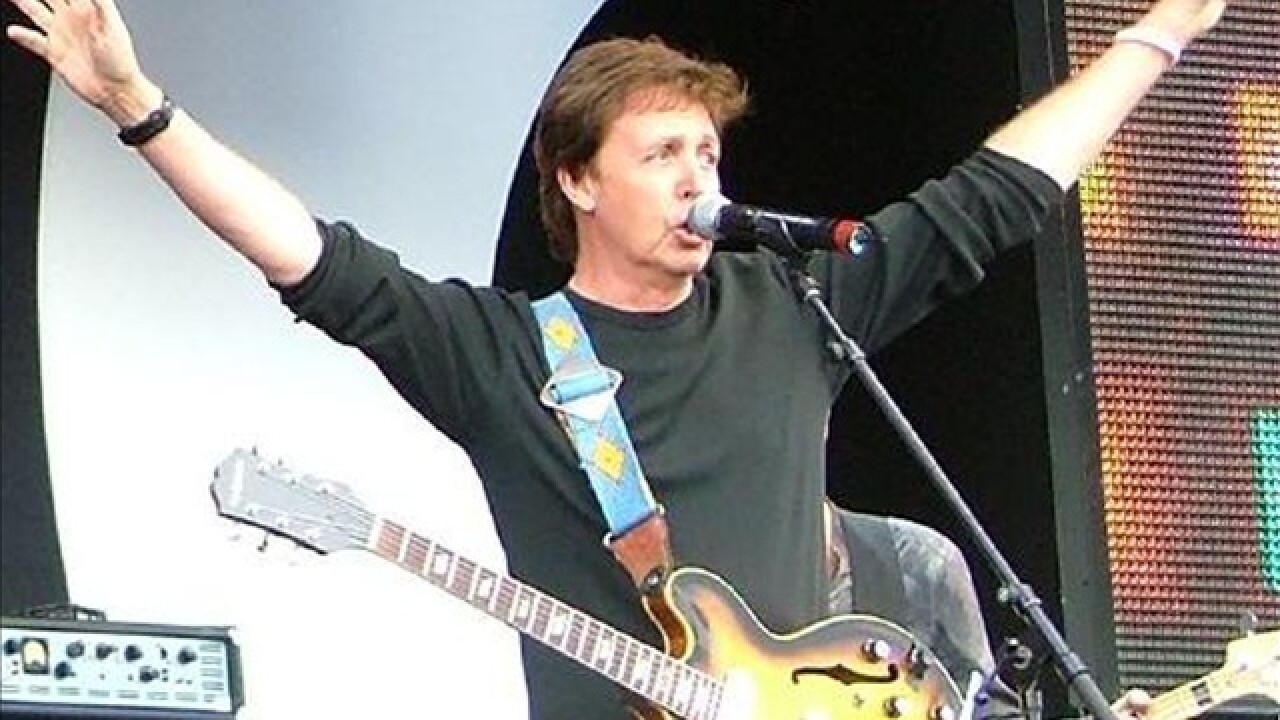 (CNN) — Sir Paul McCartney turns 70 years young today, and remains just as much a fixture of music and pop culture as he was when Beatlemania swept the U.S. more than 40 years ago.

The 12 months since his last birthday have been busy ones for the former Beatle. He performed at the Grammys in February; headlined this month’s concert in honor of Queen Elizabeth II’s diamond jubilee; received a star on the Hollywood Walk of Fame; put out an album of covers called “Kisses on the Bottom”; and also found time to walk down the aisle for the third time last fall.

Next month, he’ll also close out the opening ceremony for the 2012 Olympics in London.

Speaking to Rolling Stone in February, McCartney said he sees no reason to stop doing what he loves the most.

“You get the argument, ‘Make way for the young kids.’ And you think, ‘F*** that, let them make way for themselves,” he said. “If they’re better than me, they’ll beat me.”

And besides, he added, “If you’re enjoying it, why do something else?”

Words of wisdom from a legend.

In honor of McCartney’s birthday, singer Paul Weller is offering a one day only downloadable cover of The Beatles’ “Birthday,” and we’d love to hear what McCartney favorites you’re listening to as we celebrate his 70th in the comments below.