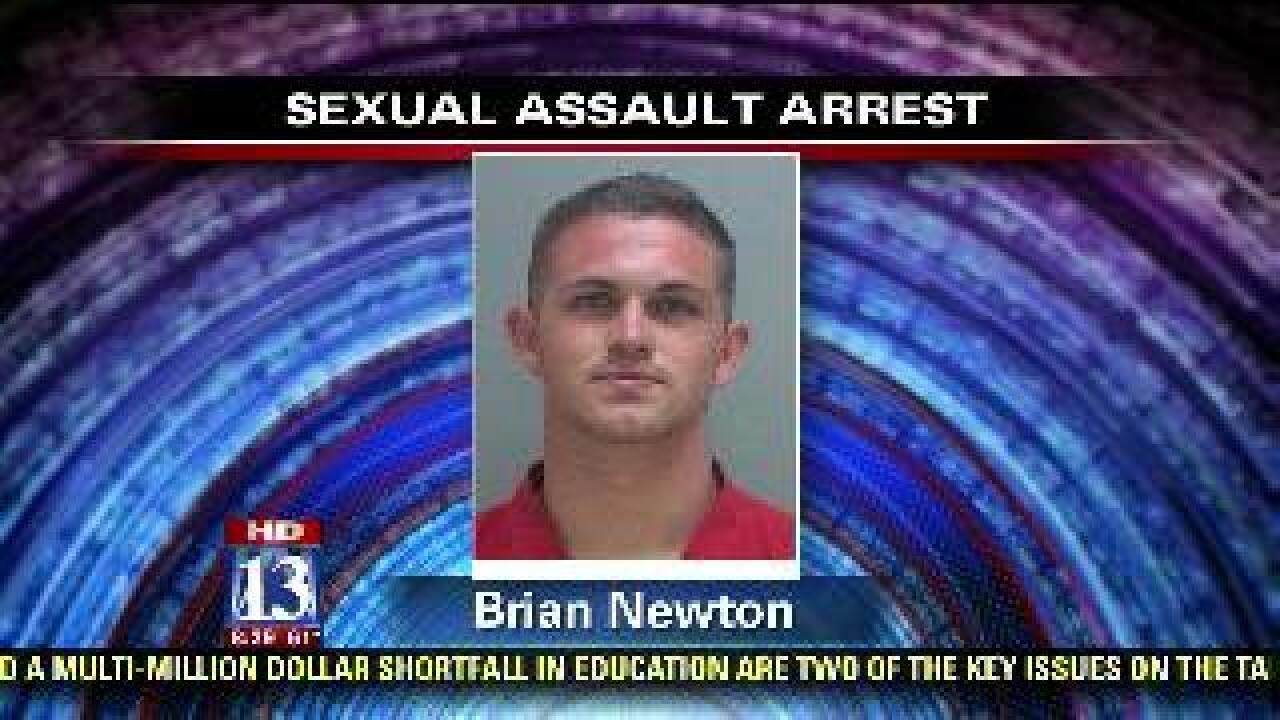 His initial appearance is scheduled for June 25 in the 3rd District Court.

PREVIOUS: A Salt Lake City man suspected of violent sexual assaults is in police custody with the help of a SWAT team.

A tactical team assisted in taking 23-year-old Brian Newton into custody from his home at 621 East 700 South around 10 p.m. Monday.

Officers were concerned his alleged violent history would make it difficult to get him into custody, however he went peacefully, according to police.

"Just to be safe, they deployed our tactical team, but again it was without incident. They called in, and despite those concerning indicators, he gave up with no struggle what so ever," said Lt. Craig Gleason, Salt Lake City Police Department.

According to his jail booking statement, Newton raped and sodomized a woman at gunpoint on May 30. She survived and reported the attack.

Once Newton was in custody, officers searched his home and collected DNA. Police also recovered two firearms from Newton's home.

He faces felony charges, including rape, aggravated assault and aggravated kidnapping. He is being held in the Salt Lake County Jail on a $2,500 bond.