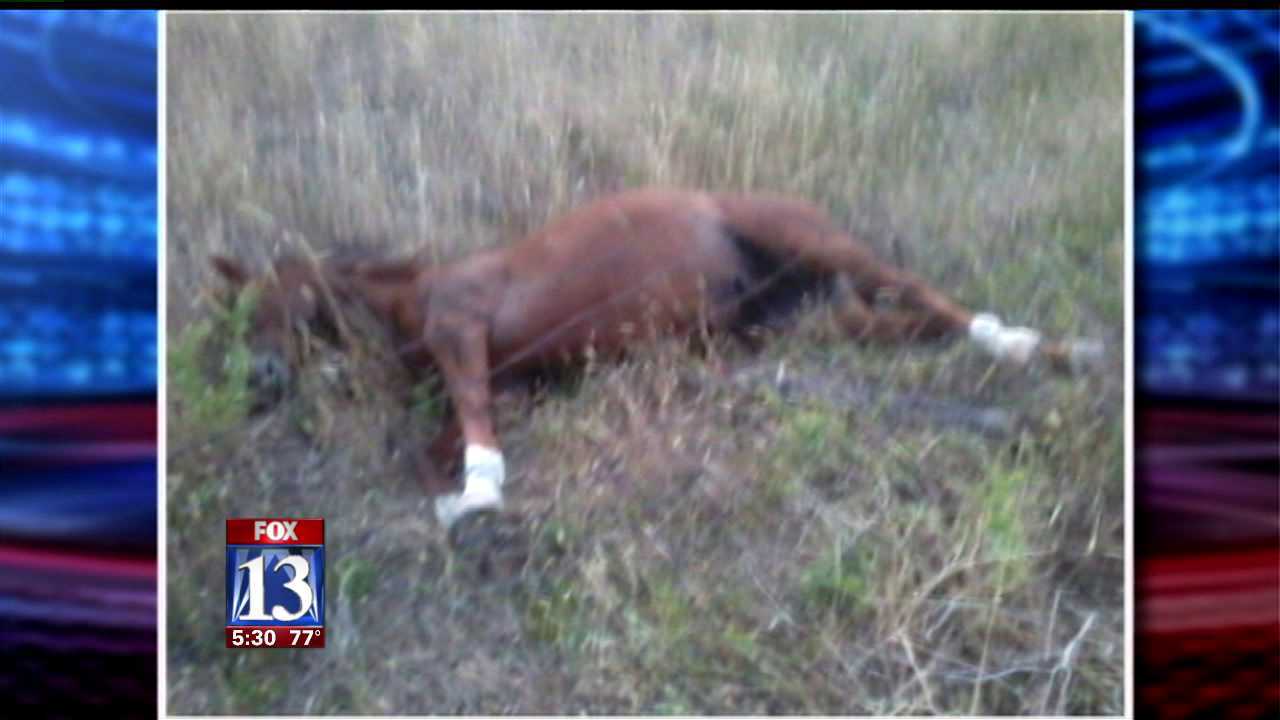 TOOELE COUNTY, Utah - The Humane Society is offering a $5,000 reward for information leading to the arrest of the person or people responsible for the death of a horse on a Tooele County highway.

Rachel Brusico says she found her horse laying in a ditch on Monday morning.

When she and her father went out to feed their two horses, only one was standing in the corral. They found a trail of blood nearby that led them to the ditch to die.

Deputies say the horse was found off of Smelter Road. A round from a rifle was lodged in the horse’s torso and the shell casing was discovered near the corral.

Bruscio’s father Gino believes the horse was not only shot but possibly tormented and hurt before its death.

“It looks like they got a hold of the whip and had whipped the horse,” says Gino.

Brusico says she wants justice and wants the person who took the life of her horse she raised for the past 13 years.

“I was disgusted, you know. It's like a member of the family,” said Brusico. “I don’t understand how people can hurt living things like that.”

With no leads yet, the Tooele County Sheriff's Office is asking anyone with information to call them at (435) 843-3199. The Humane Society is now offering a $5,000 reward for information leading an arrest in the case.