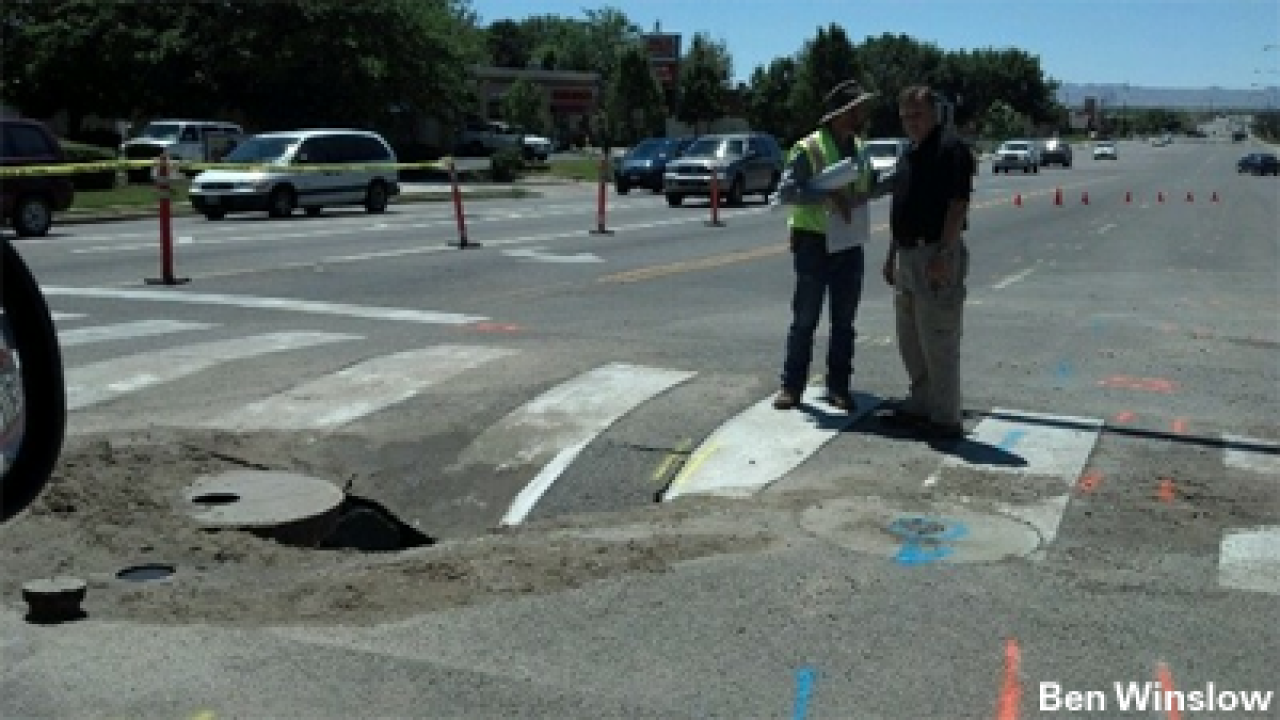 CENTERVILLE, Utah - Centerville Police say that Parrish Lane has reopened after a water line at the intersection of Parrish Lane and Main Street broke Wednesday, closing the roadway.

The 10-inch secondary water line broke about 12:15 p.m. Wednesday, said Robert Byrnes with the Centerville-Deuel Creek Irrigation Co. The line, which is more than 50 years old, is believed to have corroded. A sinkhole formed in the middle of the intersection.

Centerville Police tweeted Thursday afternoon that repairs have been completed and the road was reopened at around 3:45 p.m.

Byrnes told FOX 13 there is concern with other lines in the area that are also as old. The city of Centerville is preparing to widen that stretch of Parrish Lane because of traffic. It is also upgrading the water lines along one side of Main Street.