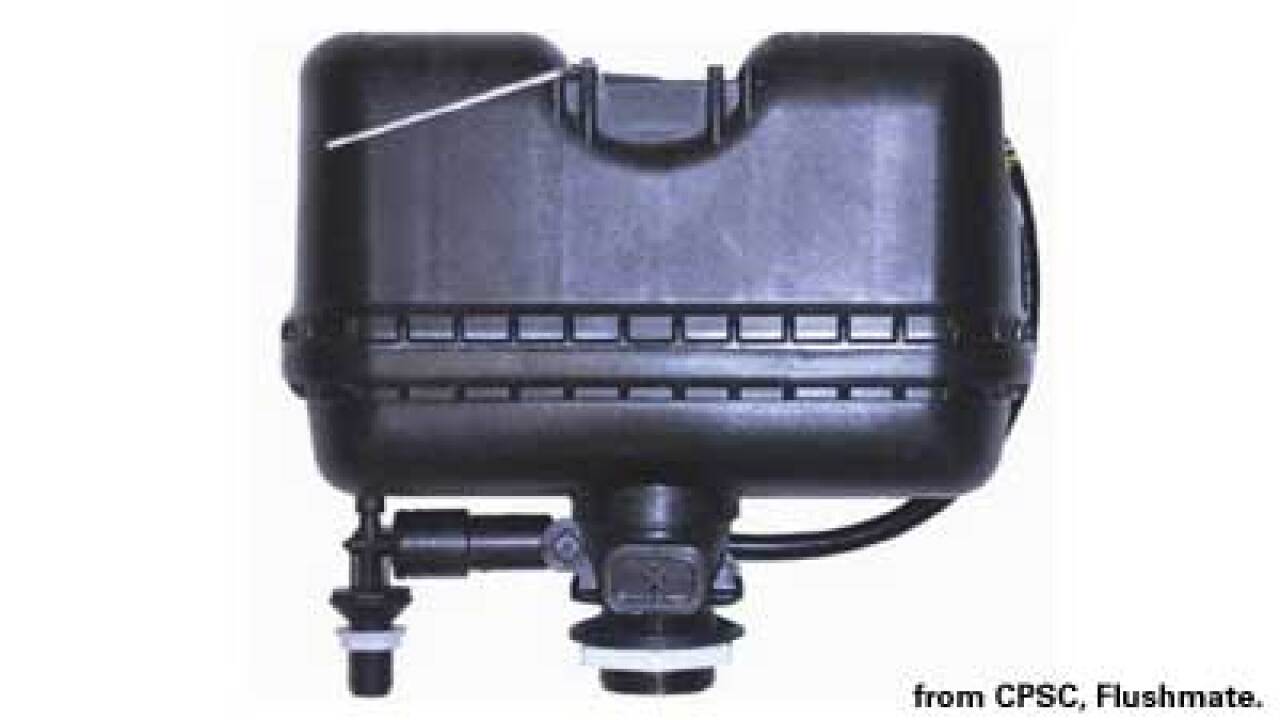 The voluntary recall comes after Flushmate received 304 reports of the product bursting. The bursts have resulted in property damage and 14 reports of impact or laceration injuries.