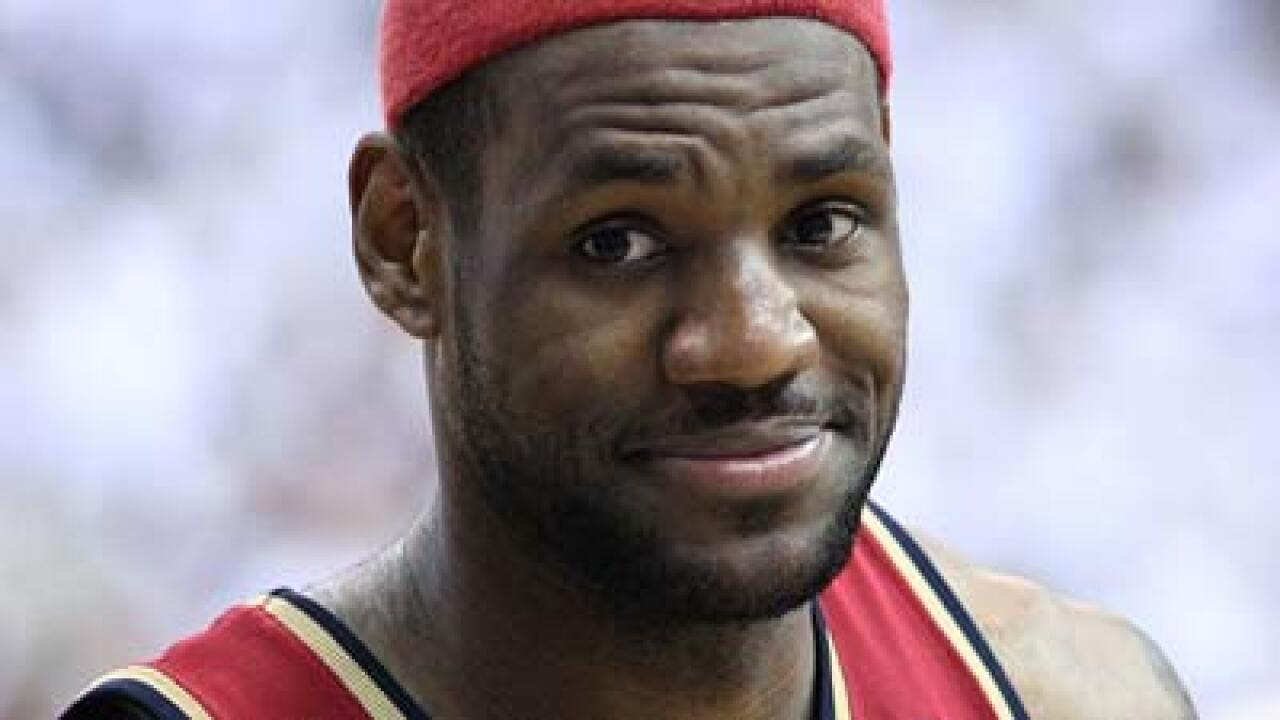 By Molly Gray
(CNN) — Three-time league MVP LeBron James finally has an NBA championship to add to his belt, after the Miami Heat defeated the Oklahoma City Thunder 121-106 in game five of the 2012 NBA Finals.

The forward, whose search for a championship ring sent him to the Heat from his hometown Cleveland Cavaliers two seasons ago, played a huge role in Thursday’s win with 26 points, 11 rebounds and 13 assists.

A triple-double, as well as strong performances in each of the previous games earned James the coveted title of Most Valuable Player (MVP).

“It’s about damn time,” James told NBA.com upon receiving the award, which was handed to him by NBA legend Bill Russell.

The Heat, who won four games straight to win the best-of-seven series, took a lead early in the game and never let up. James and his teammates led by 25 points in the final minutes of the third quarter.

Guard Dwyane Wade, who won his first NBA championship with the Heat in 2006, added 20 points in Thursday’s victory.

“We had to go through last year,” Wade said of the team’s loss in last year’s NBA Finals to media following the game, as carried by NBA.com. “As much as it hurt, we had to experience it to get here, this season.”

The Thunder, who kicked off the series with a big win against the Heat at home, lost games two and three by just a handful of points in the finals minutes of each game.

Despite the loss, head coach Scott Brooks said his young team will learn from the finals experience.

“I think when you play against the best, you learn. You don’t get better by playing bad teams,” Brooks said. “We’ve played against the best three teams in the last few years and we’ve learned.”

Forward Kevin Durant had a game-high 32 points but said that this is the hardest thing he and his team have been through.

“It’s tough, that’s the only way to explain it. As a whole I’m proud of the guys for how we’ve fought all season,” Durant told media following the game. “I wouldn’t want to play for anyone else or any other city.”