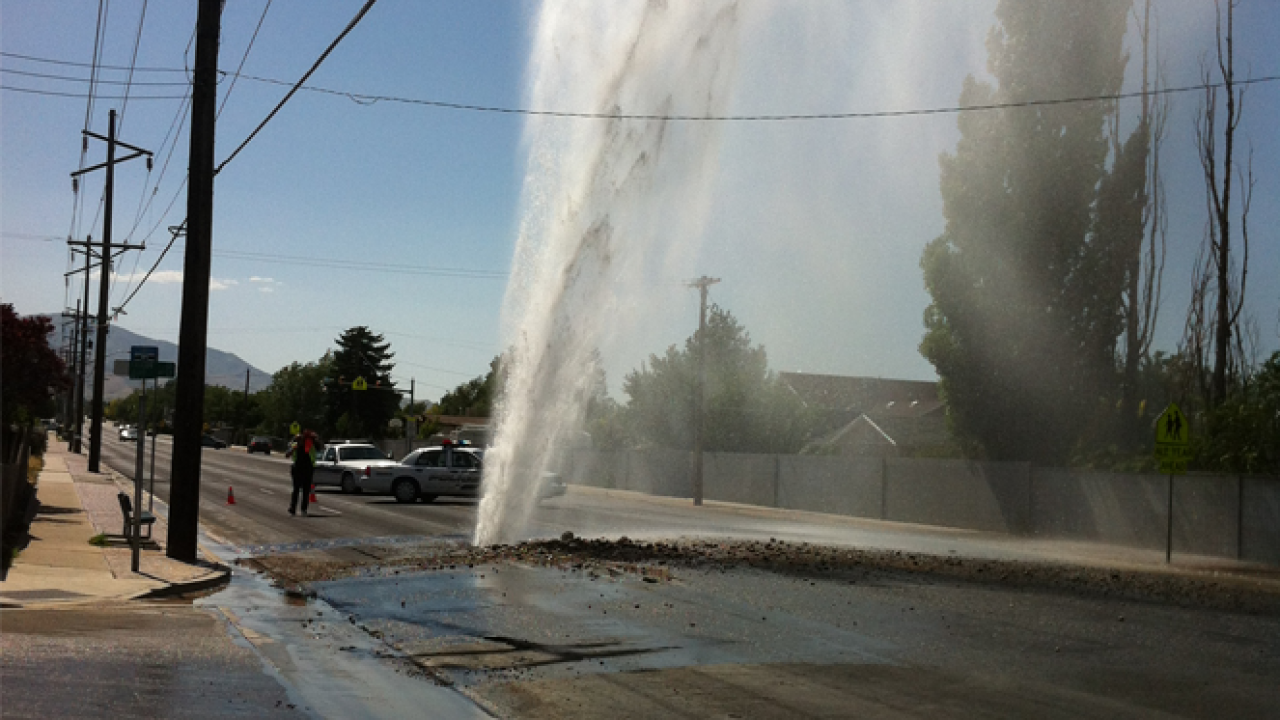 WEST VALLEY CITY, Utah – The area of 4100 South and 4100 West in West Valley City was closed after a water main break Friday afternoon.

It took more than 2 hours to get the water shut off. West Valley City says the water main is managed by the Granger-Hunter Improvement District.

A spokesman with the district attributes the cause to an aging pipe.