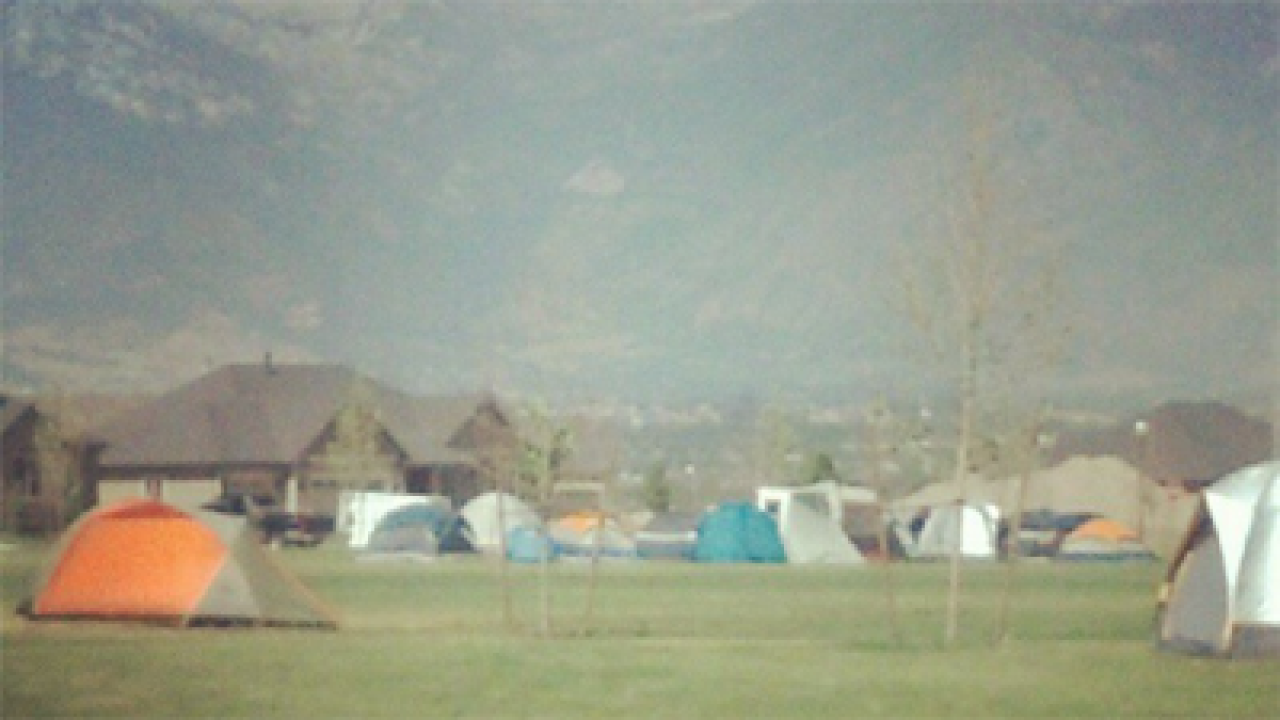 SARATOGA SPRINGS, Utah - Neptune Park in Saratoga Springs has become a miniature city for fire crews who have been battling the 6,000-acre Dump fire to rest between their shifts.

Several groups from around Utah and out of state have come to the park to set up a support system for those fighting the fire. Tents have been set up on the south side of the park to allow firefighters to rest between shifts and an 'office district' - with a first aid center and a mess hall - has been set up on the north side.

"Fire Camp is kind of like a little city," said Kim Osborn, spokesperson for the Dump Fire. "We've got a catering unit that comes in to feed the firefighters, they've got Porta-Potties, they'll bring in showers that's in the back of a semi."

The Dump Fire has been upgraded to a Type 2, which means more people have been called in to provide support.

"A Type 2 fire requires a little more complexity than a typical Type 3 fire.That means you have resources available to you. You can draw those resources from a wider area," said Brandon Hampton, Fire Information Officer, Great Basin Type 2 Team.

More than 450 firefighters - some from Idaho, Nevada and Oregon - are on-hand to help battle the fire. Between shifts, 'Firefighter City' gives them a place to take care of after-hours duties or just unwind.

"You'll have actually laundry services as well where firefighters can drop off their clothes one day and pick them up clean the next. Very important for keeping clean and healthy the firefighters," said Hampton.