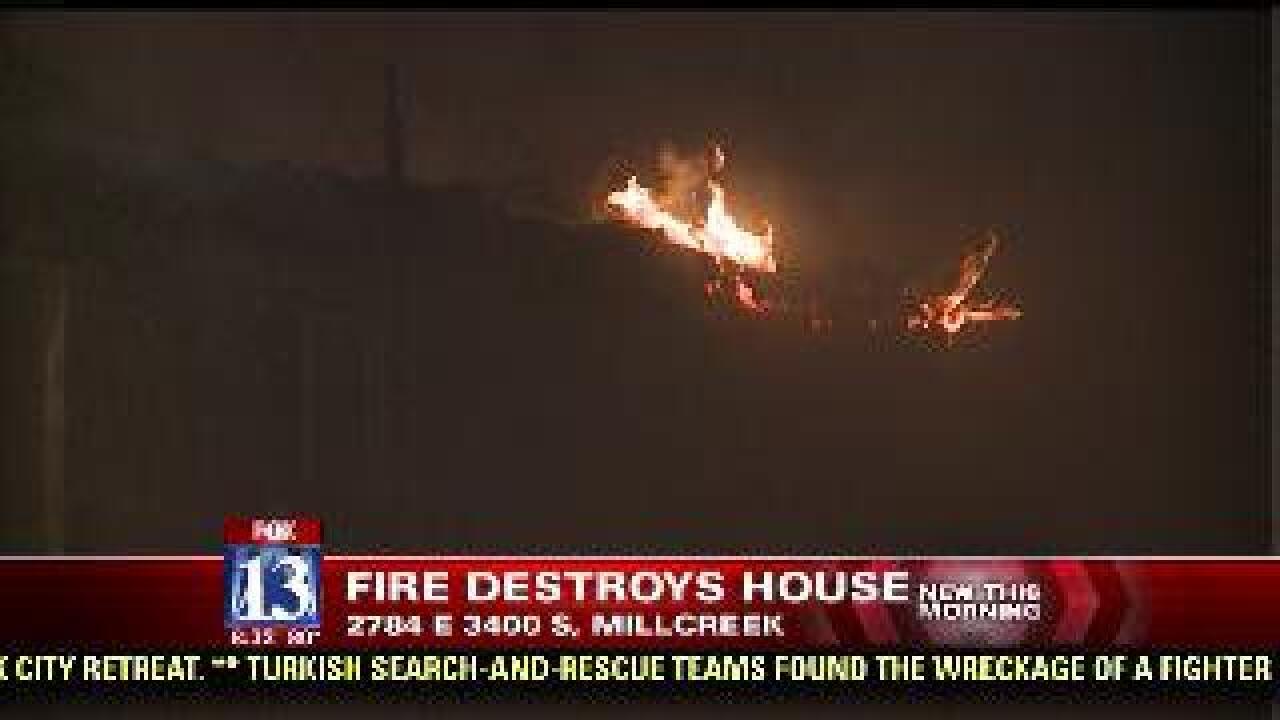 At approximately 4:30 a.m., neighbors in a Millcreek subdivision reported smoke coming from a vacant home at 2784 East and 3400 South.

According to reports, the fire was so intense inside the home that firefighters had to pull out of the building and fight it defensively.

It took Unified Fire two hours to contain the blaze and they believe that it had been smoldering for hours before it was reported.

According to a Public Information Officer, there are no obvious suspicious circumstances surrounding the fire and investigators are on the scene to determine the cause.

Neighboring homes were not damaged.