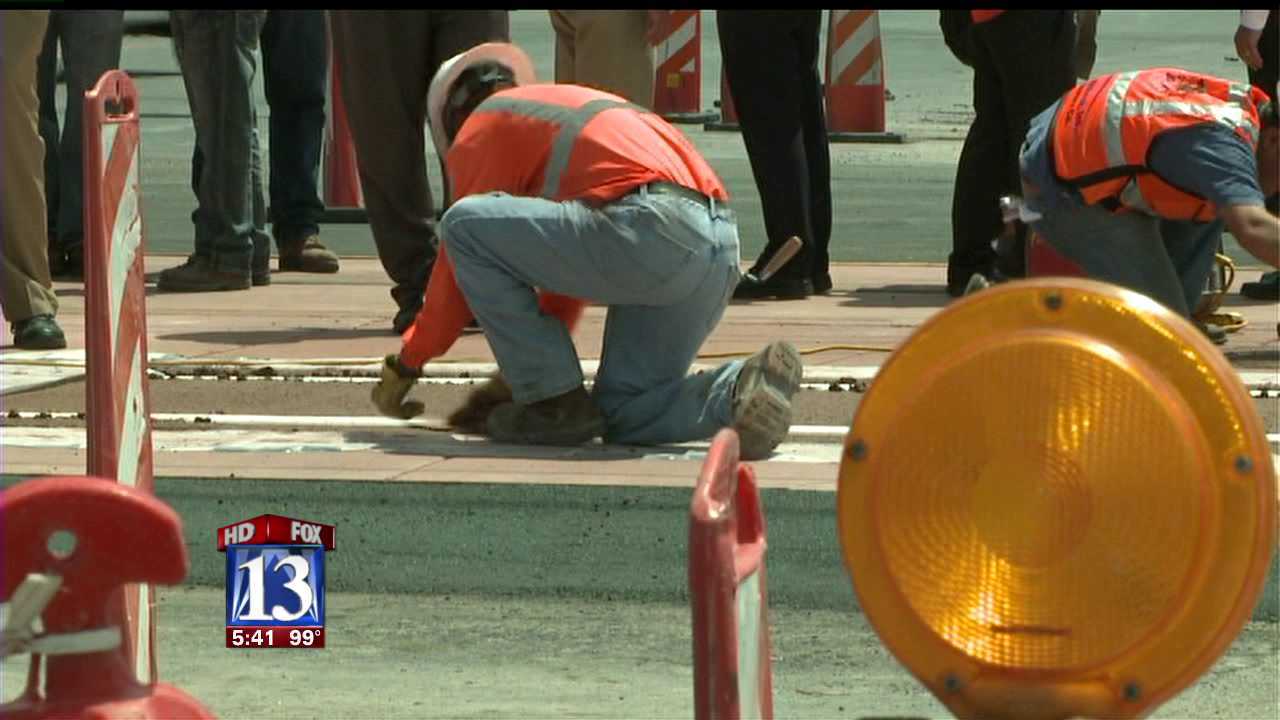 SALT LAKE CITY – The airport TRAX line reached a new milestone Monday after the last section of concrete was poured at the intersection of North Temple and 200 West.

Mayor Ralph Becker was there to celebrate the line’s completion.

"As a city, it means that this whole corridor and this whole part of the city on the west side is going to see some rejuvenation which is long overdue," said Mayor Becker.

The line has been under construction since January 2009.

The six-mile line will have five stops and a station at Salt Lake International Airport. Trains are expected to run from the airport to downtown every 15 minutes.

The new TRAX line is set to open next year.