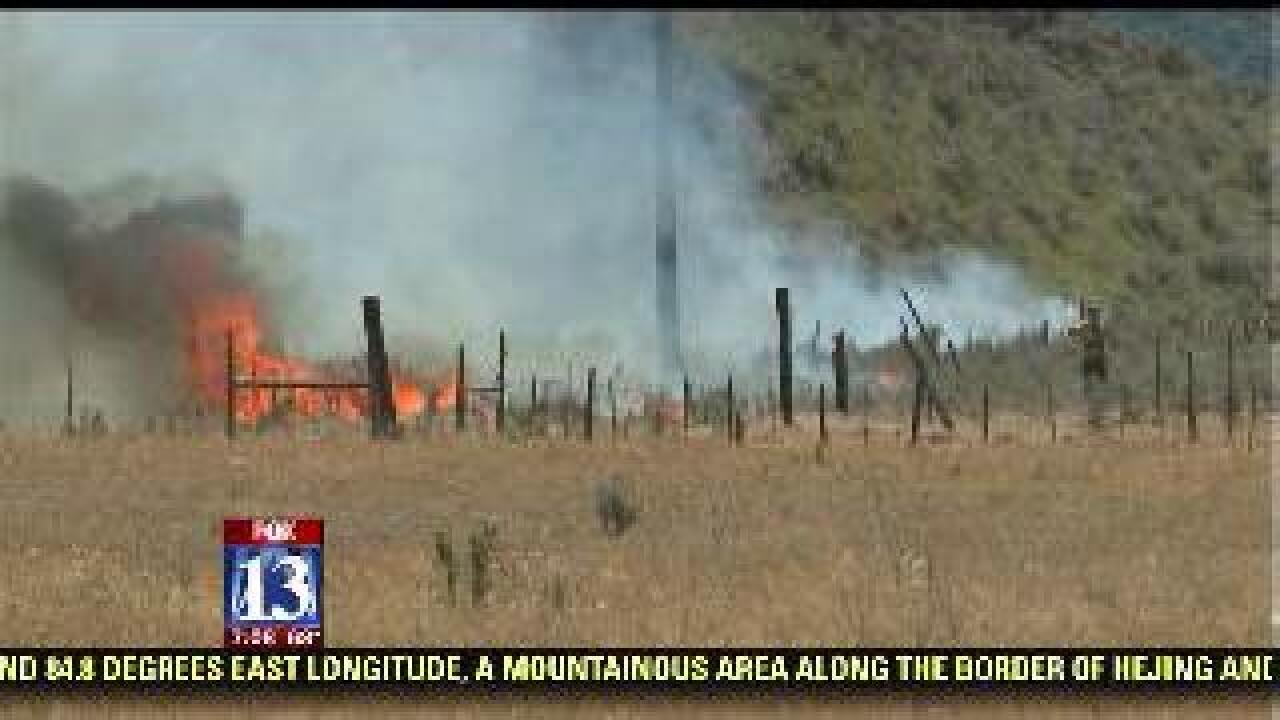 A brush and grass fire started near Interstate 84 near Mountain Green Friday afternoon.

The fire started near 3700 W Old Highway. 15 fire engines and 25 Morgan County firefighters responded to the blaze, which was described as "fairly large.

Wind pushed the fast-moving fire west, threatening some nearby homes. Three homes were evacuated, but those residents were allowed to return. The fire was nearly contained by 7:25 p.m.