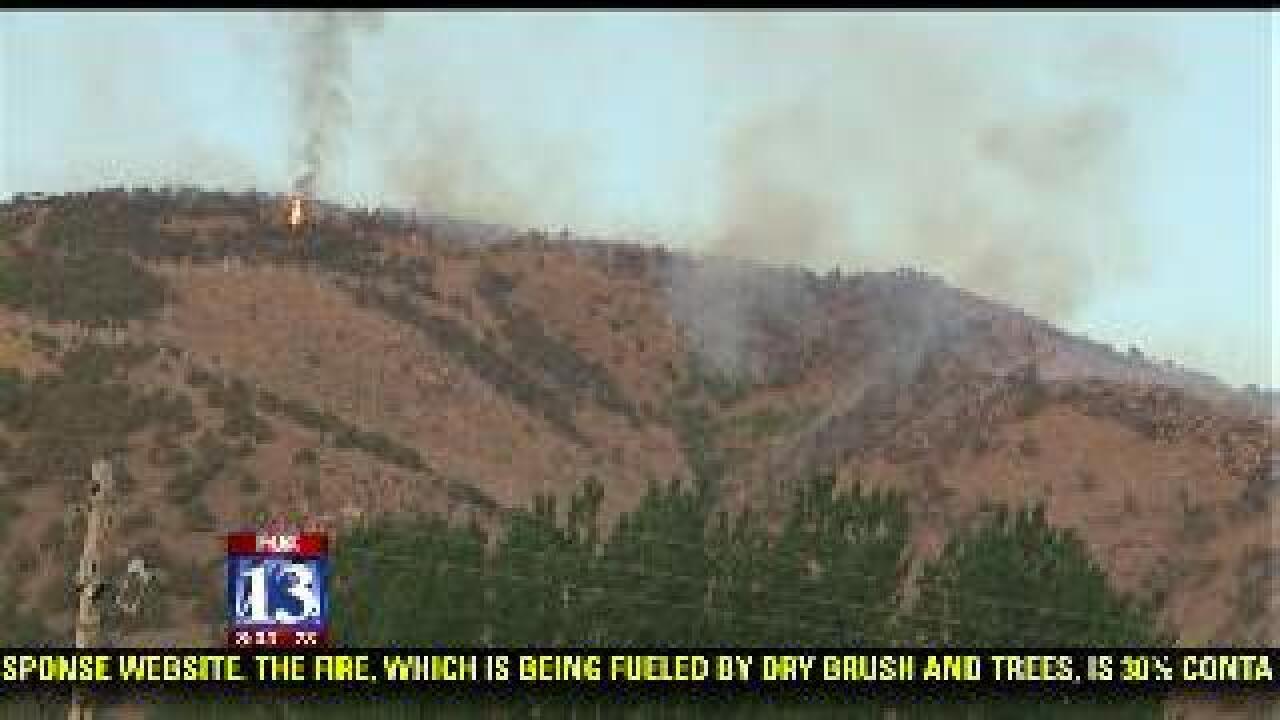 Update July 4: Firefighters had full containment of the Millville Fire by Wednesday afternoon.

Aggressive fire fighting efforts, with the help of less than predicted winds on Monday allowed crews to nearly contain the fire. There are 20-person hand crews, an engine and one helicopter working on the fire.

Update 10:45 a.m., July 2: The fire has been more accurately mapped and a total of 109 acres have burned, according to officials. The fire is 20 percent contained.

Fire fighting objectives are primarily to keep the fire east of the power lines on the Bonneville Shoreline Trail in Millville, north of Millville Canyon and west of Baldy Mountain.

Two helicopters, about 70 firefighters, and one water tender are fighting the fire. Officials said no structures are threatened.

The Millville Canyon road will be closed, as well as 3rd South between 400 and 600, for firefighting efforts.

Update 8:10 a.m., July 2: The fire is five percent contained and has burned at least 150 acres in Cache County.

MILLVILLE, Utah - Crews are battling a wildfire in Millville on Sunday afternoon.

The brush fire broke out at around 4 p.m. in Millville Canyon. It started on Division of Wildlife Refuge land and has spread to National Forest land.

Logan City Fire officials say the blaze was started by target shooters. They reportedly called emergency officials immediately after the fire sparked. Two individuals were questioned and released in connection with the fire.

It has spread to 120 acres so far and is at zero containment. There are currently no structures threatened - the closest homes are quite a distance away from the blaze - but Jason Winn with the Cache County Fire Dept. says there are concerns of the wind shifting the flames towards homes.

Right now, the blaze is in steep terrain and moving quickly up the mountain. Fire officials say the fire is burning in an area that has an old fire scar. They are fighting with both ground and air crews. Winn says that despite initial estimates that the fire would be contained on Sunday night, they have reassessed and expect crews will continue to fight at least until Monday.

Stay tuned for more as it becomes available.