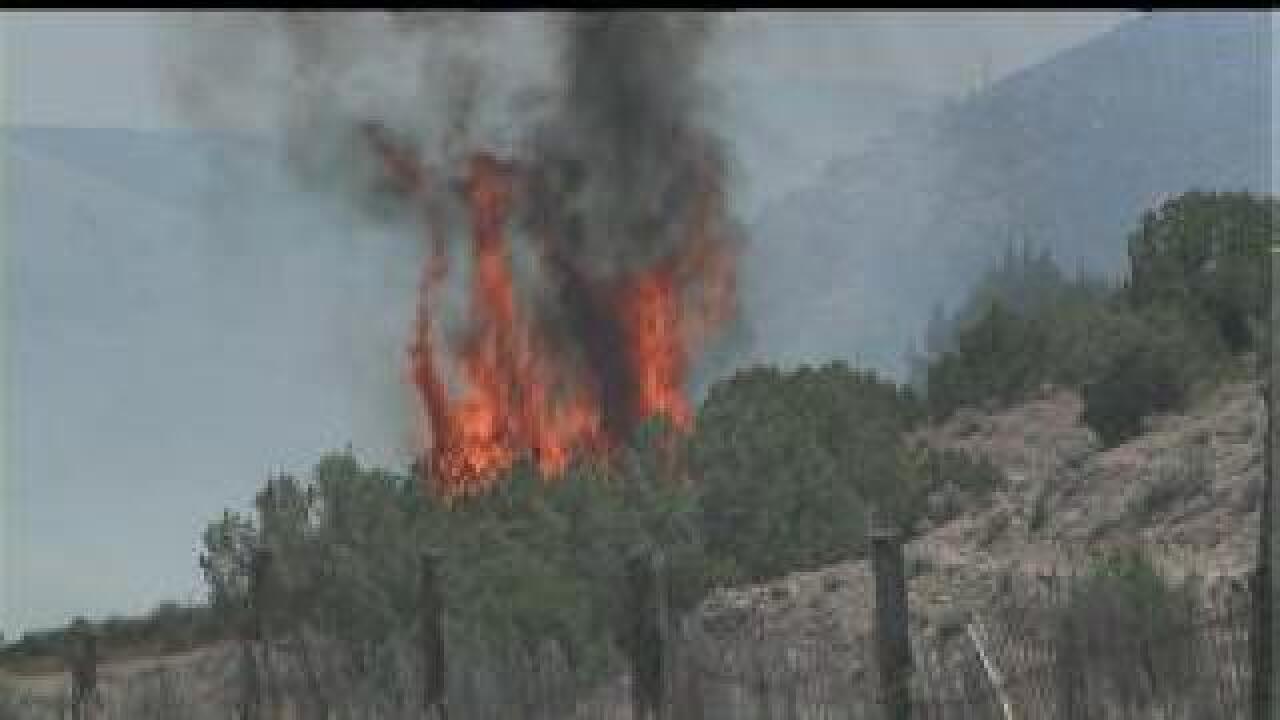 Two Oak City volunteer firefighters were injured while battling the fire just after it started on Wednesday. Officials say winds changed direction as they were fighting the fire.

"They were caught in swirling conditions in the winds and ended up in a tough situation," said Oak City Mayor Mike Staheli.

Cameron Neilson, one of those firefighters, was burned by the fire and taken to a Salt Lake City hospital in critical condition. His brother Sam Neilsen says Cameron is the kind of person who takes action when it's needed.

"He'll do anything for anybody, he's very kind and loving and he's a guy that don't stand back and watch, he takes care, takes action," Sam said.

The fire burned on three sides of Oak City, which was evacuated for a short time but residents were let back in and the town was spared.

Neilson is reportedly improving daily and overwhelmed by the outpouring of support. The name and condition of the other injured firefighter has not yet been released.

A fund has been set up at Zion's Bank under the name Cameron Neilson to help pay for his medical bills.