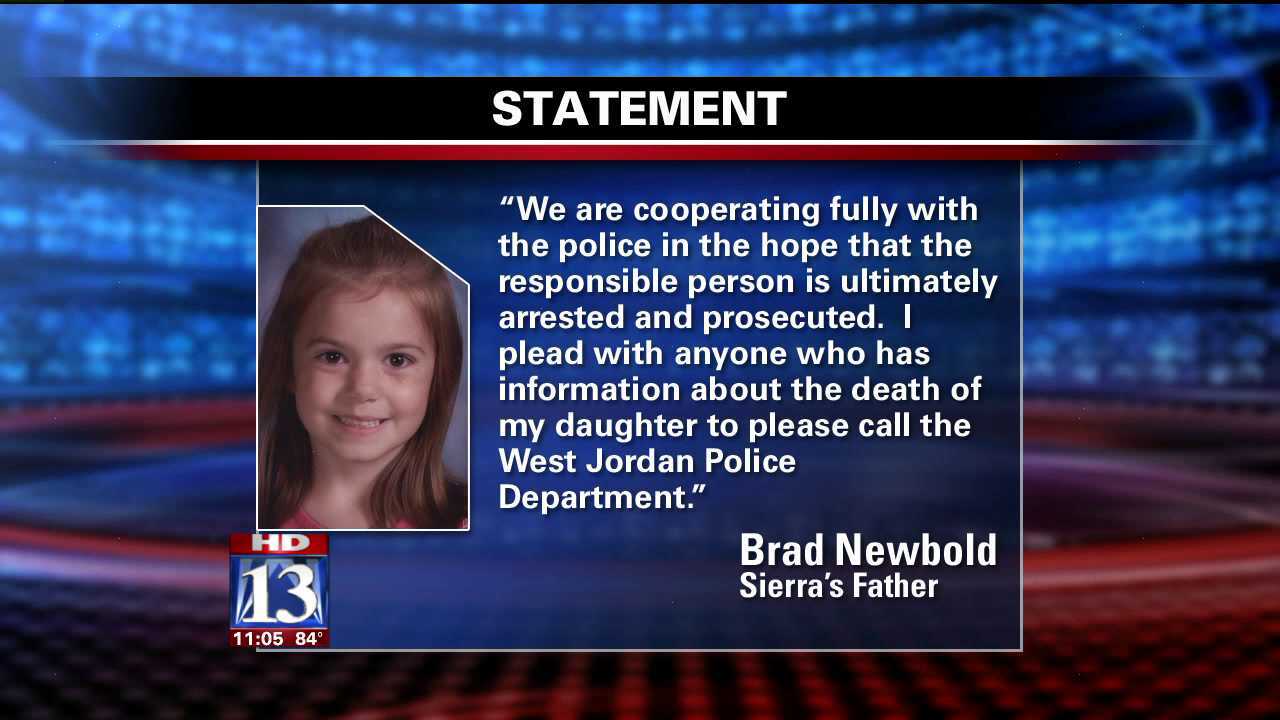 The parents of a young West Jordan girl found murdered last week are asking for privacy and help in finding their daughter’s killer.

Sierra Newbold, 6, was found dead in a canal near her home Tuesday, June 26.

Police said autopsy results show she was sexually assaulted and murdered. No arrests have been made thus far in the investigation.

In a statement released on Monday, Sierra’s father asked the media for privacy and pleaded for help in finding who killed Sierra saying.

“We are cooperating fully with the police in the hope that the responsible person is ultimately arrested and prosecuted. I plead with anyone who has information about the death of my daughter to please call the West Jordan Police Department,” wrote Brad Newbold in the statement.

Police said they are continuing to work several leads, including a review of security video from inside the Newbold home.