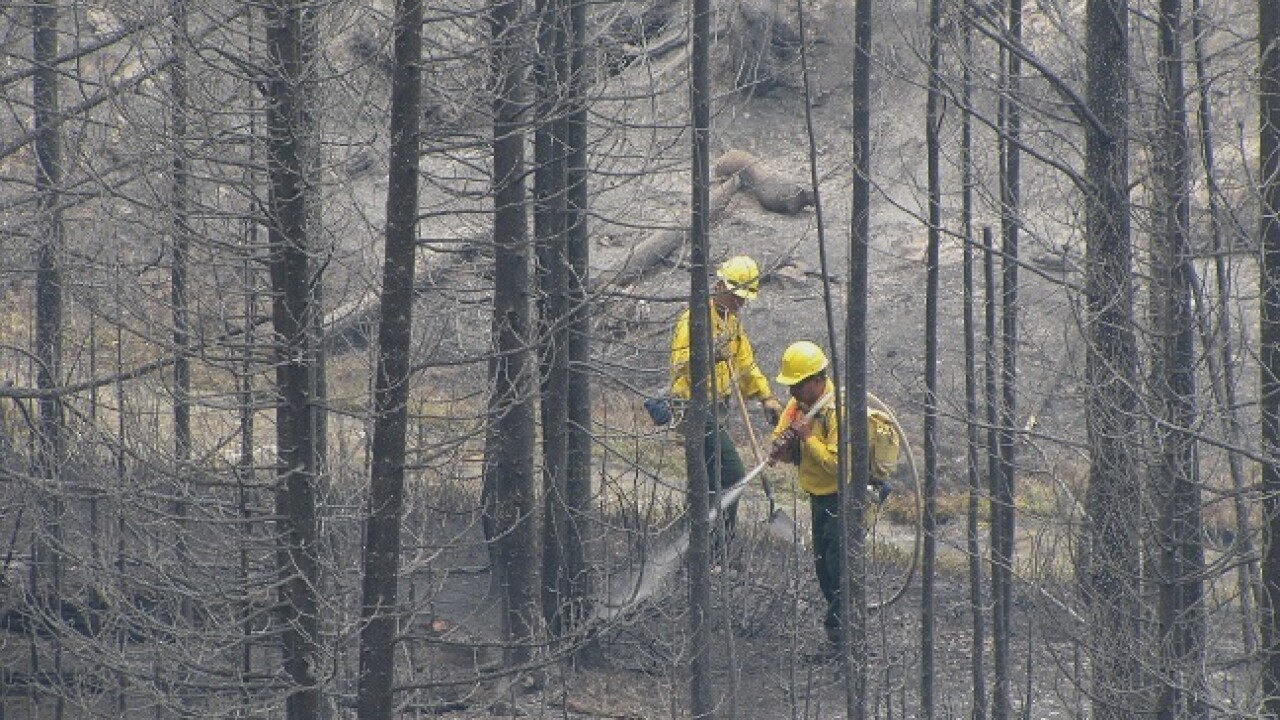 Update July 7: The fire has grown to 59,346 acres and is at 45 percent containment. Its cause is still under investigation.

Update July 5: The fire has grown to 57,324 acres and is at 16 percent containment. Its cause is still under investigation.

Update July 4: The Fontentello fire has grown to 56,179 acres and is 15 percent contained according to officials. The cause of the fire is under investigation.

Update July 3: The Fontenelle fire has grown to 52,300 acres and is about eight percent contained on Tuesday.

PREVIOUS: The Fontenelle Fire is burning in Lincoln and Sublette Counties, on the Kemmerer and Big Piney Ranger districts of the Bridger-Teton National Forest.

The fire started on June 24 and has since burned nearly 48,000 acres. Hot temperatures, low humidity and high winds have made it difficult for firefighters.

There are road closures due to the intensity of the fire. The closures extend from the forest boundary at the top of Bare Pass at Red Castles, west to N. Piney Meadows and Tri Basin Divide, south to Cheese Pass, Mount Isabel, and Red Park, east to the junction of LaBarge Creek Road and the forest boundary, and north to Bare Pass, according to officials.

Officials said additional closures may be needed to ensure the safety of firefighters and the public.

There are about 600 crew members fighting the and it is about five percent contained.