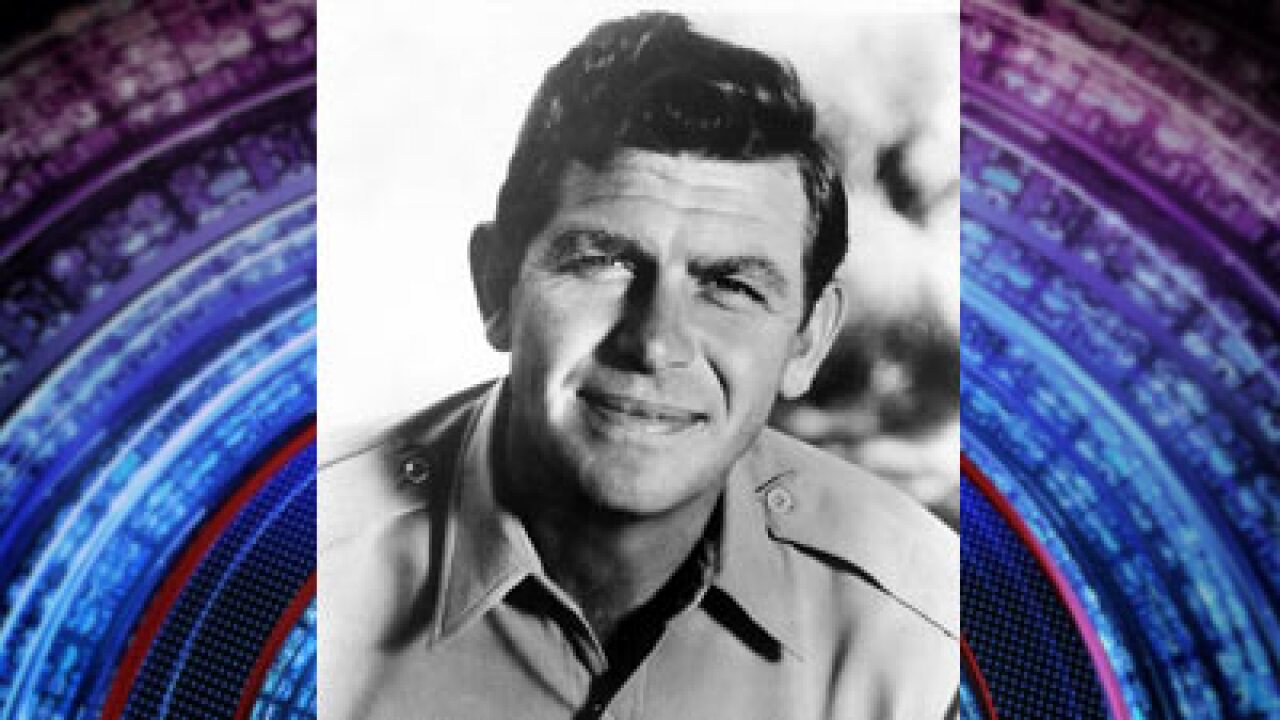 Best known for his role on “The Andy Griffith Show,” the actor also starred as a murder-solving Southern attorney in the television series “Matlock” during the 1980s and 1990s. He was also known for his roles in movies and on the stage, as a producer and as a Grammy Award-winning gospel singer.

Ron Howard, who played Taylor’s son, Opie Taylor, on “The Andy Griffith Show,” said he is “forever grateful” to the actor.

“His pursuit of excellence and the joy he took in creating served generations & shaped my life,” Howard said on Twitter.

President George W. Bush honored Griffith in 2005 with the Presidential Medal of Freedom for “demonstrating the finest qualities of our country and for a lifetime of memorable performances that have brought joy to millions of Americans of all ages.”

A member of the Televison Hall of Fame, Griffith also was inducted into the Christian Music Hall of Fame and Museum in 2007. His 1996 album, “I Love to Tell the Story — 25 Timeless Hymns,” netted him a Grammy Award.

After his eight-year run as Taylor on “The Andy Griffith Show,” the actor tried to break out of his mold as a genial father figure with mixed success.

“I wanted to prove that I could play something else, but there were 249 episodes out there of ‘Mayberry,’ and it was aired every day. It was hard to escape,” Griffith said, according to a quote on IMBD.

Born in Mount Airy, North Carolina, in 1926, Griffith graduated from University of North Carolina at Chapel Hill in 1949 with a degree in music.

He originally wanted to be a preacher, he told American Profile magazine in a 2005 piece.

He began his entertainment career with a traveling act with his first wife, Barbara Edwards, according to biography.com.

After regular appearances on “The Ed Sullivan Show,” Griffith appeared in the 1955 Broadway play “No Time for Sergeants,” for which he received a Tony nomination.

He was again nominated for a Tony in 1960 for the play “Destry Rides Again.”

A 2010 role in a television commercial for the Department of Health and Human Resources generated some political controversy.

In the commercial, Griffith praised the Affordable Care Act and its reforms. Department officials said the ad was meant to educate the public, but congressional Republicans said it was partisan propaganda and demanded that it be pulled.

Griffith came down with the muscular disease Guillen-Barre syndrome in 1983, according to biography.com, but made a full recovery. In 2000, he underwent quadruple bypass surgery, and had hip surgery following a fall in 2007, according to his IMDB profile.

Griffith’s first marriage ended in divorce in 1972. He married again in 1976 but divorced after five years, according to biography.com. In 1983, he married Cindi Knight, his current wife.

Griffith is survived by two children from his first marriage, according to the biography site. A third son died of an overdose at the age of 36, according to American Profile.