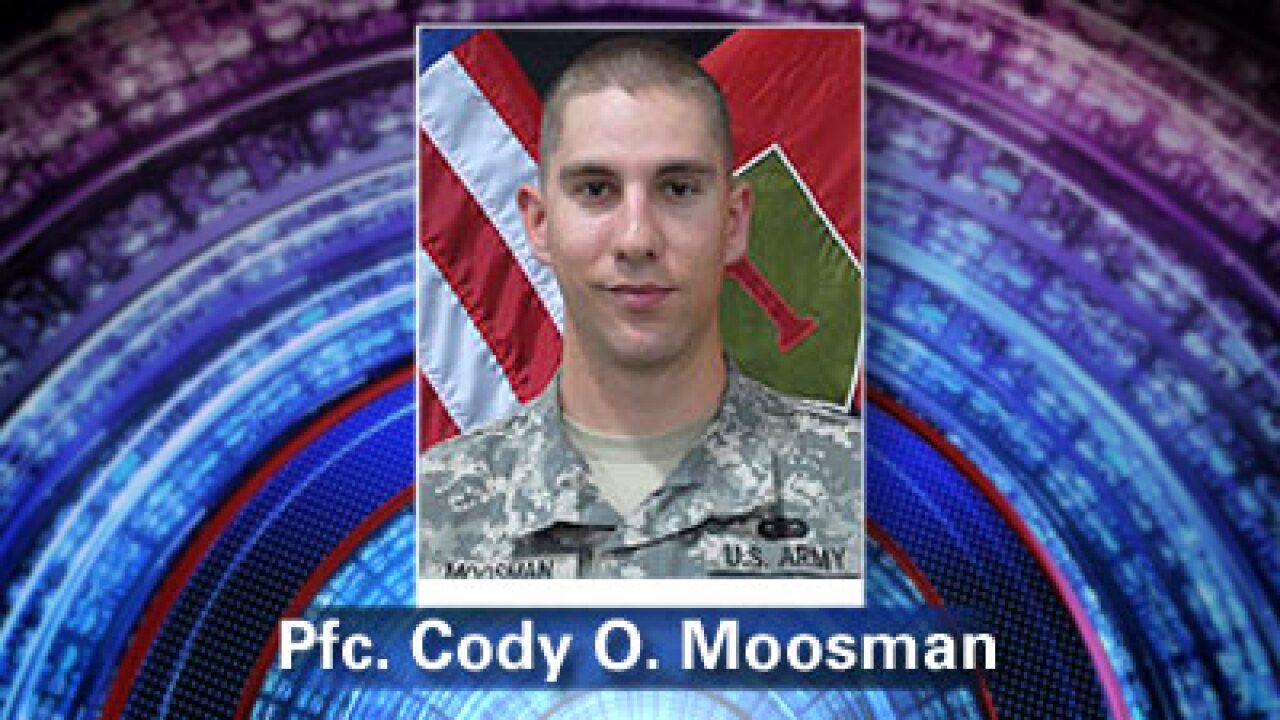 An Idaho soldier died while fighting in Afghanistan on Tuesday.

Pfc. Cody O. Moosman, 24, from Preston, Idaho, was on duty in a guard tower when his outpost was attacked. The skirmish took place in the Gayan Alwara Mandi area, where he was killed by small arms fire, according to sources at the Department of Defense.

His LDS Bishop said Moosman joined the Army to serve his country and develop his character.

This was his first tour of duty in Afghanistan.