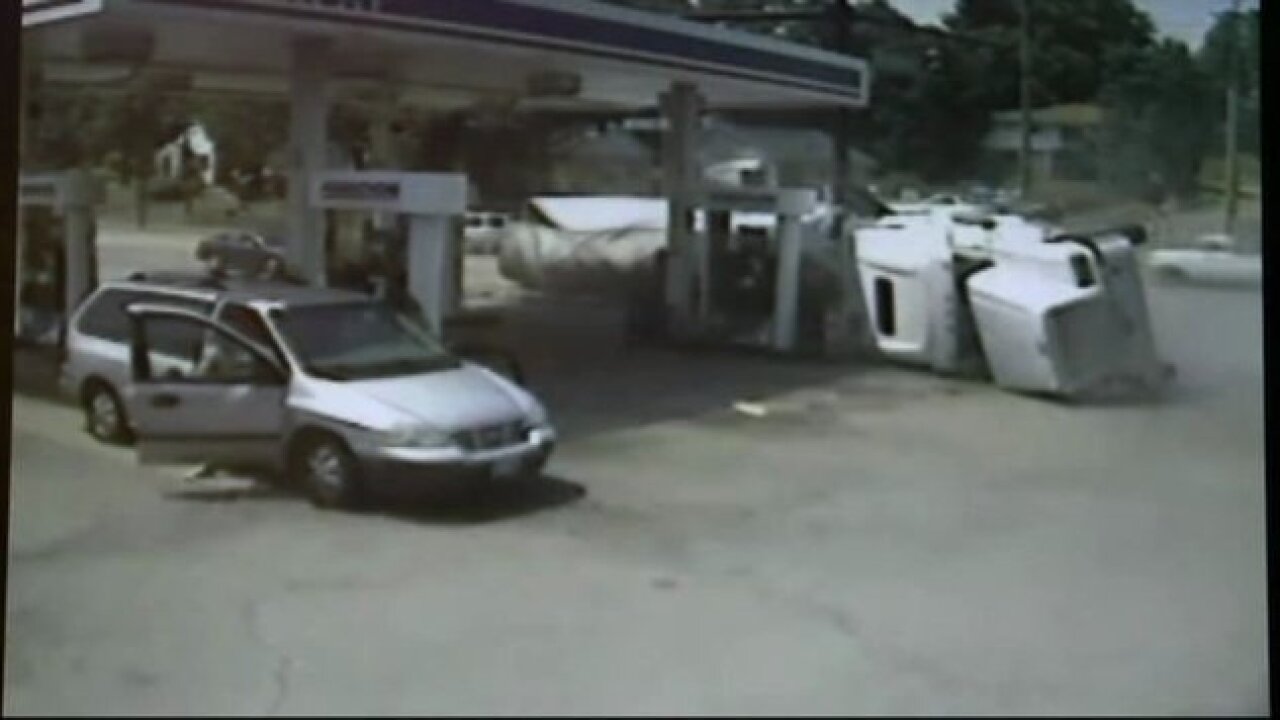 A semi driver heading down a hill lost control and his truck turns on its side, crashing into a gas station.

The manager at the station turned off the valve before any tanks could explode. The driver and his passenger are okay.

An employee at the Miami Seaquarium found an iguana sitting inside the dashboard of his car.

The man pulled over and called 911. Miami Fire rescue units responded and pulled the animal out then set it free in some shrubs nearby.

A Michigan reporter got a surprise cameo from a cat during a live shot.

She later tweeted, "Learned my lesson: Never making eye contact with a cat before a live tease ever again."