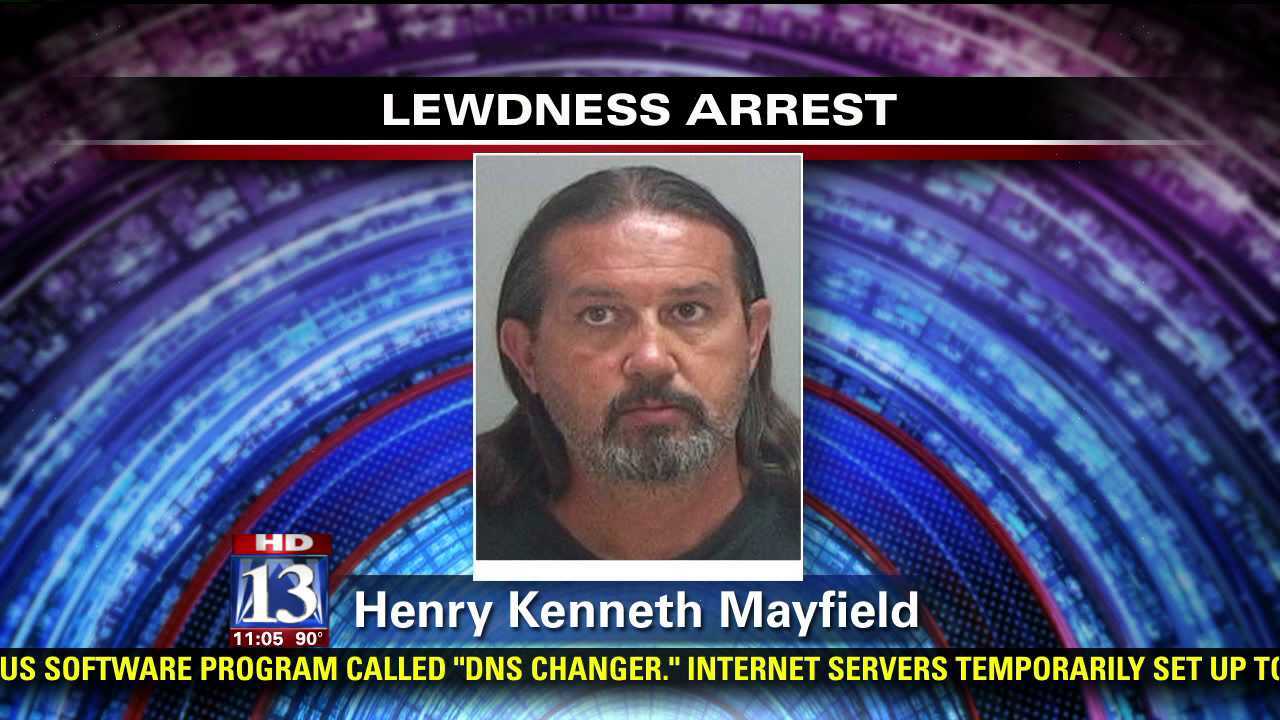 A man has been arrested for lewdness in a South Salt Lake park.

Police said Henry Mayfield was seen touching himself at Fitts Park on Friday. He claims he was urinating in the stream.

Police said he is the suspect in two similar incidences on June 14 and July 1.

Mayfield is changed with three counts of lewdness in front of a child.

Police said he is a sex offender, so the charges are a third degree felony.