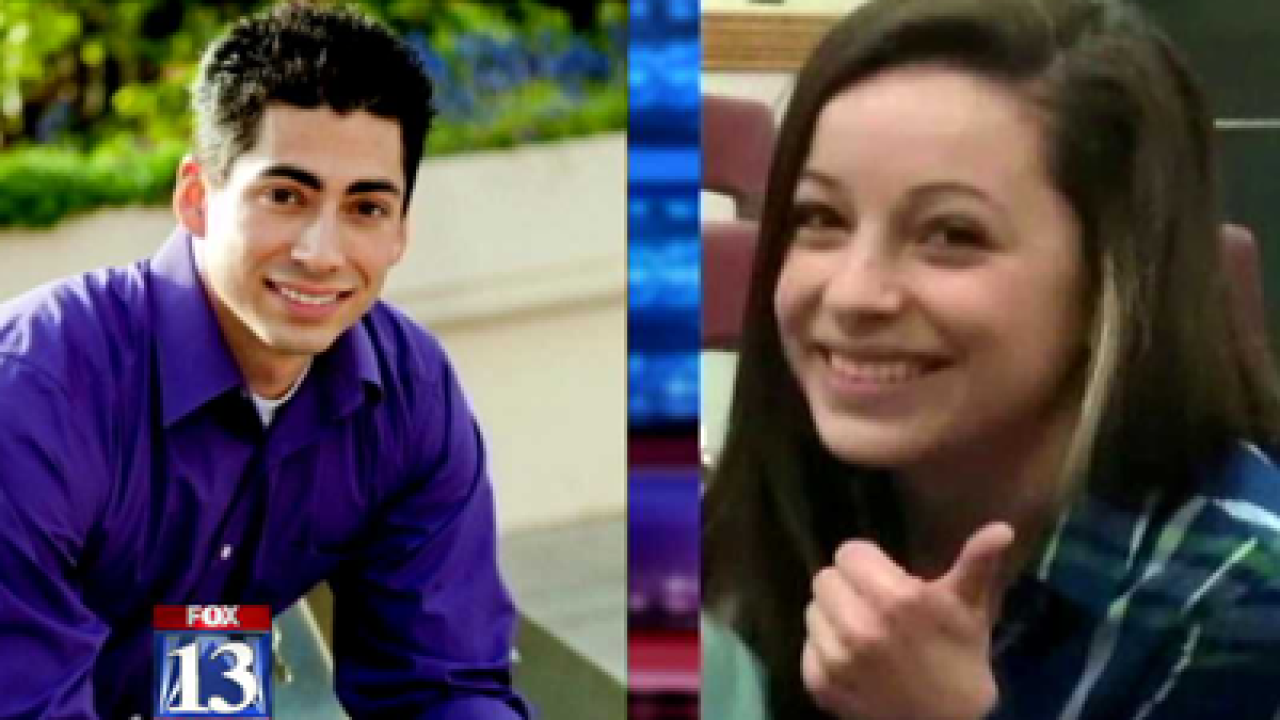 OREM, Utah - The community of Orem is mourning after two people died in an early-morning motorcycle crash on Sunday.

23-year-old David Cancilla and 18-year-old Janet Velasco were riding a motorcycle home from a wedding at around 4:30 a.m. Sunday when their motorcycle veered off the roadway and crashed into a metal barrier along SR-189 in Provo Canyon. Both were ejected and killed on impact.

Family and friends remember both as friendly and optimistic.

"I just remember her being a happy girl, always singing, always the sweetest things to everyone," said Ally Castillo, Janet's friend.

"She made everyone feel so good about themselves. She was just so happy about everything and so positive," added Camille Sanchez, another friend.

David was giving Janet a ride home from the wedding of his sister and his friend the night before the accident.

"He did everything in his power to make sure she had the most incredible wedding ever. Everything he did, he put a lot into this wedding," said Joseph Cancilla, David's brother. "He was constantly just wanting to serve people and make them happy, that was his mission in life."

Joseph says his devotion to his siblings and parents is what will carry on the most and they hope his personality will linger.

"A man on a mission to make sure his family was taken care of and everything else after that was just live life to the fullest. He was the definition to me of living every day as if it were his last," he said.

Funeral services for both are set up for later this week.

Janet Velasco's family has set up a memorial fund to help with funeral arrangements. It's at Central Bank under the name Alejandra Velasco. David Cancilla's family wants any donations in David's name to be made to Velasco's fund instead. They say their concern is taking care of Janet's family.