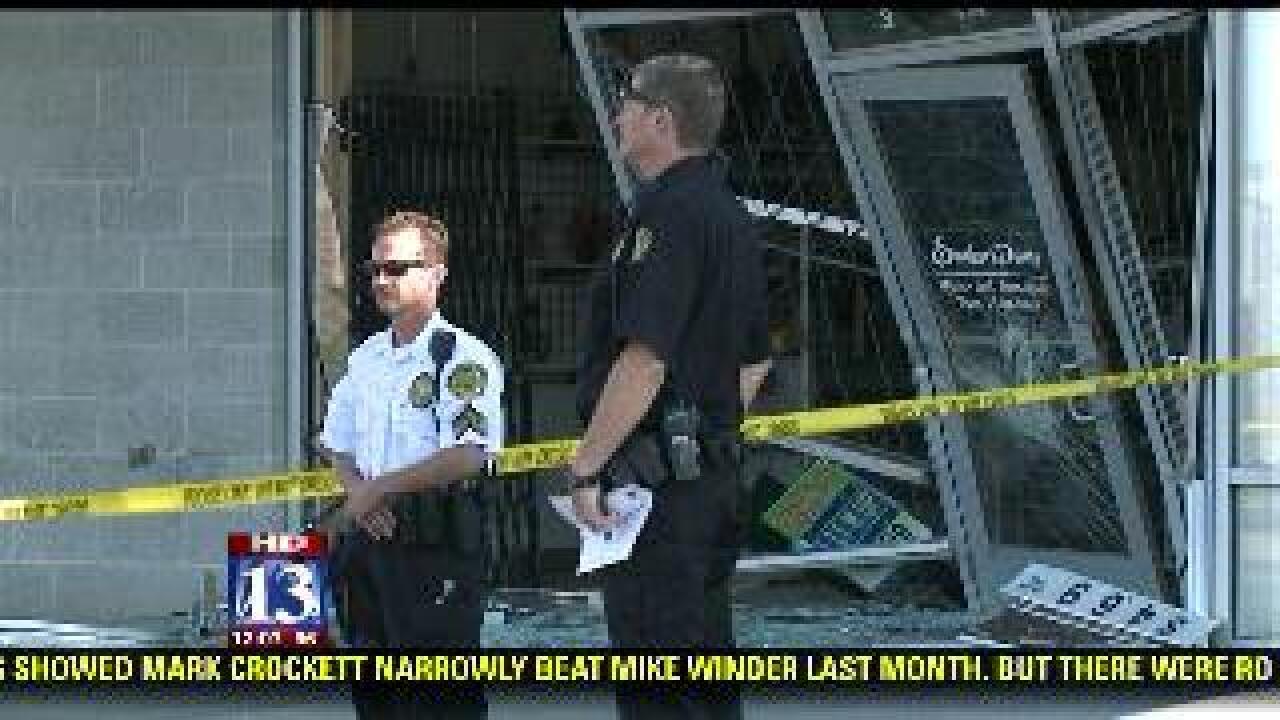 A man allegedly crashed the cab of a semitrailer into a Roy smoke shop, robbed the shop and then took police on a chase Tuesday.

The truck was last seen going westbound on 5500 South. Police tried to stop the man, but he got away and made his way into a neighborhood.

Officers are still searching for the suspect.

The smoke shop was heavily damaged.

"Obviously there's quite a bit of damage to the front door and the security that was recently installed by the owner," said Sgt. Curtis Gibson, Roy City Police Department.

The truck is described as a 1999 Kenworth dark blue tractor semitrailer. It has silver markings along the side.

Police said the believed it may before to Anderson Trucking and was stolen.