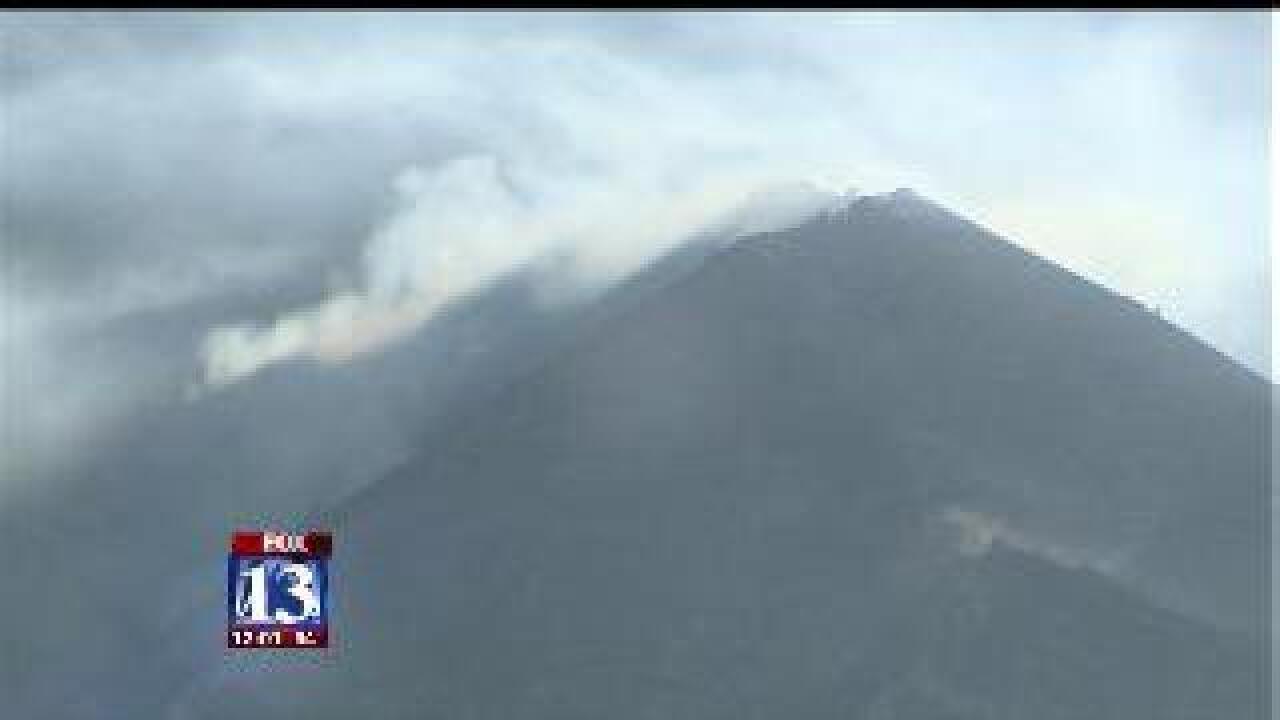 “It’s going to be an uphill time to get the entire perimeter contained so it is unknown what the containment is now but will probably be decided later,” she said.

Aerial resources were utilized on Friday to help fight the fire in the steep terrain.

UPDATE 8:18 p.m.: State fire officials said the Flood Canyon Fire is now 350 acres. It is pushing a lot of smoke into the Tooele Valley. Authorities urged people with respiratory problems to remain indoors.

TOOELE County, Utah -- A wildfire started in Flood Canyon between Tooele and Erda on Wednesday at about 9:30 p.m..

Winds topping 20 mph fanned the flames and quickly moved the fire along the canyon.The fire continues to grow and is now estimated at 130 acres.

"Our biggest obstacle right now is twofold: one is resources and two is location. There's quite a few fires going on in Utah at this time, so competition for resources is high," said Wasatch Front Fire Management Officer Allen Briggs.

No homes are threatened and so far, no evacuations have been ordered.

Fire officials were concerned about damage to a Rocky Mountain power line that runs the entire length of Tooele County. The firefighters were able to protect the power line by back burning the fire.

Officials said lightning is believed to have caused the blaze.

"We got a lightning strike, in fact several of us heard it from our properties. [We] heard the strike, saw the flash on the mountain. Within about a minute of the strike, we got our first page out to the fire," said North Tooele County Fire Chief Randy Willden.

Fire crews from the Bureau of Land Management will be called in to help fight the fire on Thursday.