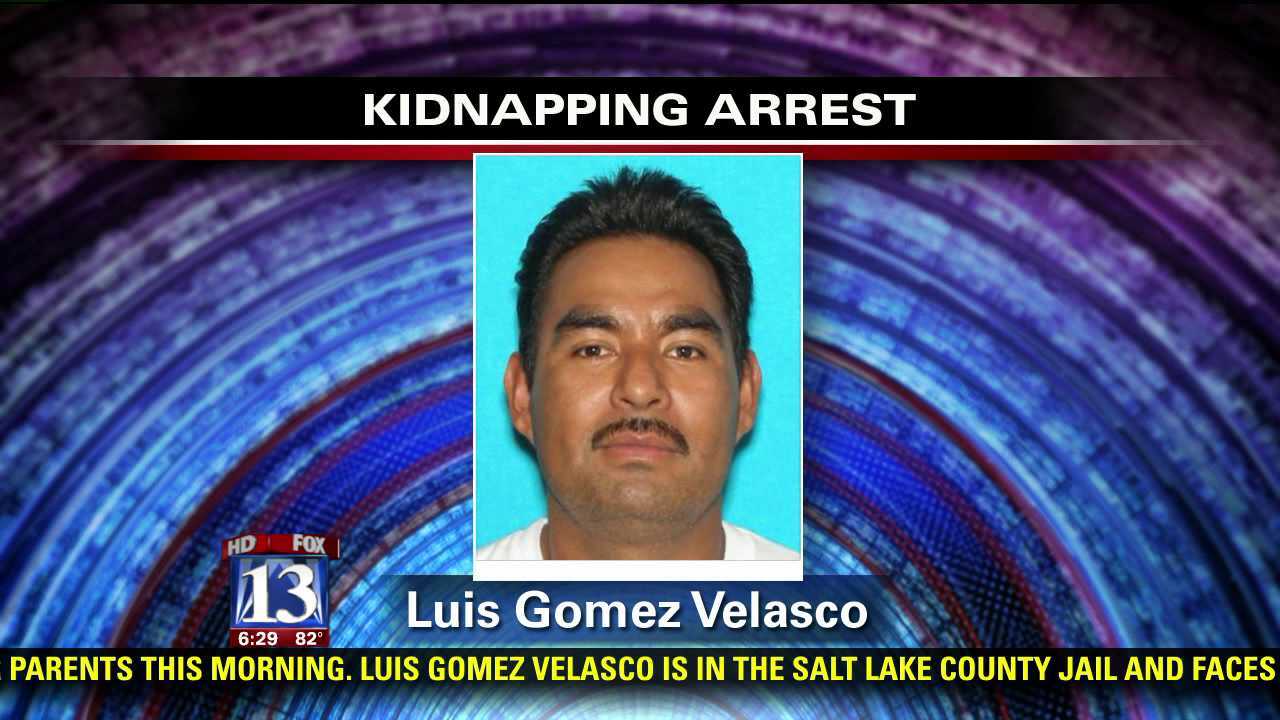 WEST VALLEY CITY, Utah --West Valley Police arrested a man they say kidnapped a teen and tried to take her to Mexico.

The 13-year-old girl, allegedly kidnapped from her home in West Valley City Thursday night, was found by police.

The teen's parents called police around 9 p.m. and agencies across the Salt Lake Valley assisted in the search.

Police arrested Luis Gomez Velasco within hours of being alerted by the teen's parents. He was found with the teen near 6300 West and 3600 South.

Investigators said he has a history of sexually abusing the girl.

"The adult male was going to flee to the U.S.-Mexico border and that was an extreme concern," said Sergeant Mike Powell, public information officer West Valley Police. "We were able to pick up the adult male suspect and bring the 13-year old safely back into custody."

Velasco was charged with child rape, child kidnapping and aggravated sexual abuse of a child.