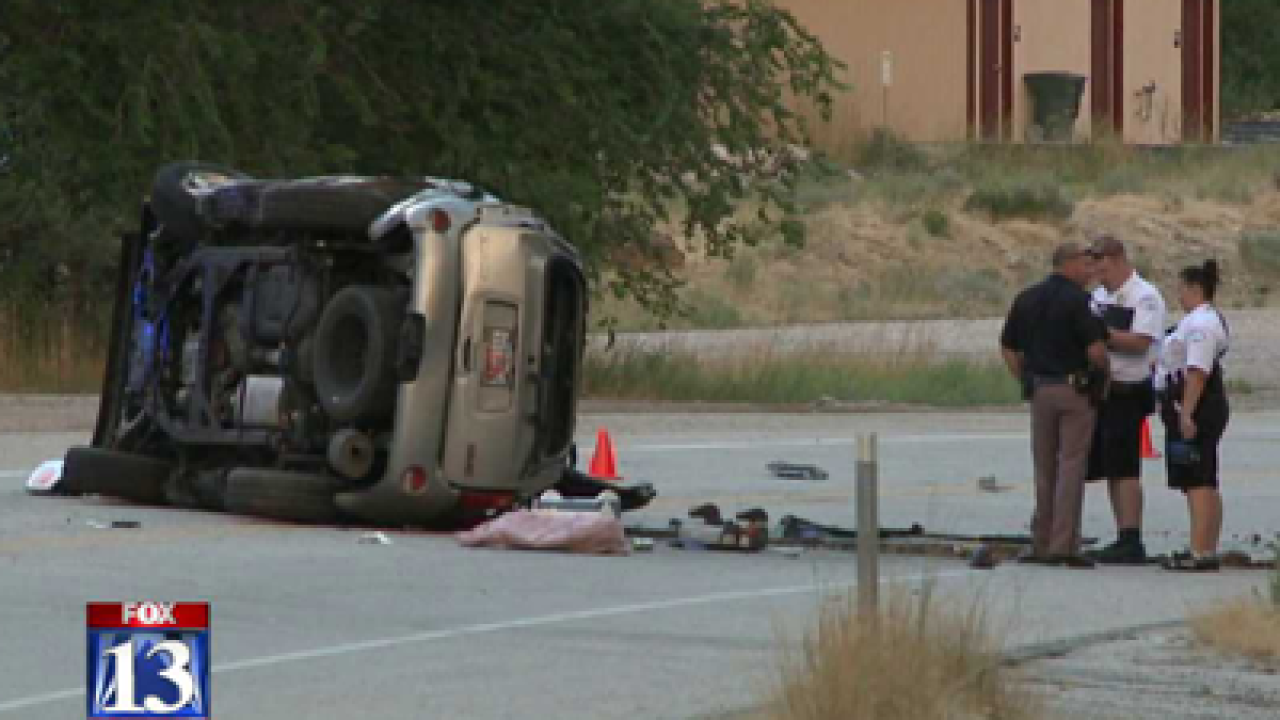 OGDEN, Utah – One woman is dead and her grandson hospitalized after a single-vehicle rollover in Ogden Canyon on Saturday.

The crash occurred just below the mouth of Ogden Canyon at around 5:30 p.m. Ogden Police say a 61-year-old woman was driving westbound out of the canyon when she left the roadway to the right then overcorrected to the left, causing the vehicle to roll.

The woman died as a result of the crash. Police have identified her as Cindy Wheelwright of North Ogden. Her 17-year-old grandson was transported to an area hospital by ambulance with non-life threatening injuries.

The incident is under investigation, but police don’t suspect drugs, alcohol or other suspicious circumstances were a factor.