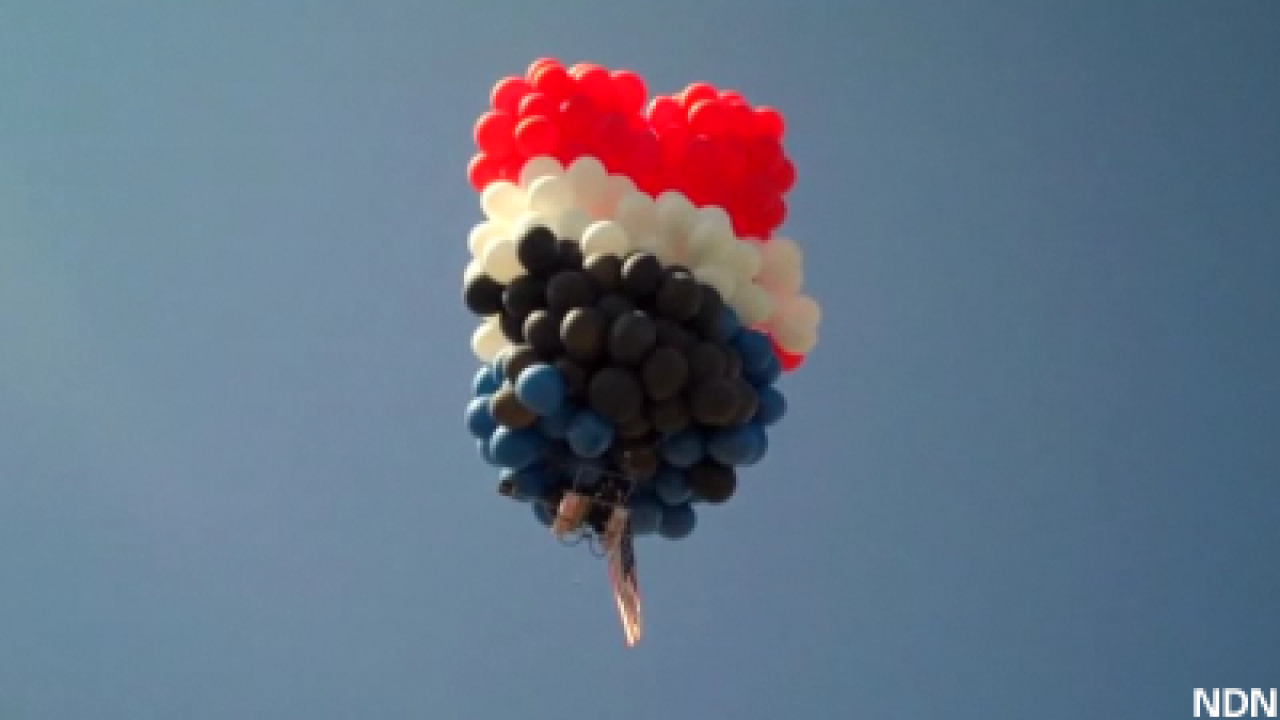 (CNN) — Variable wind, thunderstorms and the loss of 35 helium-filled balloons within a few hours of liftoff put an end to the flight of two lawnchair-seated adventurers who never got out of Oregon.

The men were disappointed but not injured, flight spokesman Mark Knowles told CNN.

“They’re a little rattled,” said Knowles. “We are glad that they are safe. Kent is very disappointed they did not get what he set out for.”

But within a few hours, about 35 of the large 350 helium-filled balloons had burst, said Knowles. That compared to the loss of six balloons lost in a previous Couch flight to Idaho.

Couch and Lafta, an Iraqi, released water stored in four containers as ballast so they could adjust their altitude, said Lance Schliep, a member of the chase crew.

At about 11,000 feet, the craft struggled to reach higher elevations, where it could catch air currents that would push it toward its destination, said Schliep.

The pair circled for three hours near Prineville, about 35 miles northeast of Bend.

“Unless the wind starts taking them somewhere at this point they won’t break distance records,” Schliep told CNN before the decision to land.

The weather then became a larger factor as thunderstorms moved in.

“Fareed said it was hailing and snowing on them,” said Schliep. “They got real concerned about that. They wanted to get down.”

After attempting a first landing, the balloonists brought their craft down in a farmer’s field.

Schliep, who operates an appliance service in Bend, helped Couch construct the rig.

“We would put it together, keep making changes and take it apart,” he said. “It was very exciting and fun to do. It’s just disappointing at this stage.”

The flyers used balloons and the release of water to control their flight. “The only way you can steer it is to get up or down to get in different air currents,” according to Schliep.

After the rough landing Saturday, the rig took off again, sans adventurers. Knowles described the surreal sight while talking with CNN.