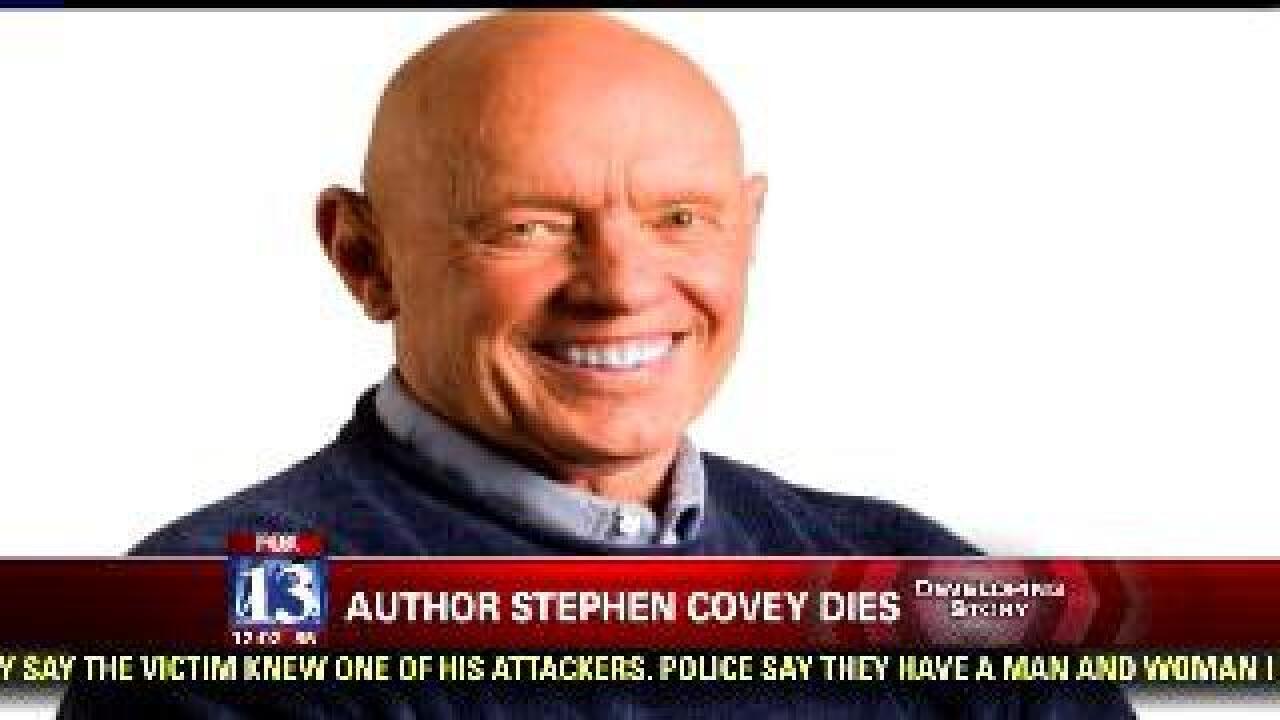 Author and businessman Stephen R. Covey passed away Monday morning, according to an e-mail message addressed to FranklinCovey partners. Covey was 79 years old.

According to the e-mail, Covey passed away peacefully in the Eastern Idaho Regional Medical Center due to complications of a bike accident he suffered in April.

Covey was biking near 2733 Foothill Drive in Provo when he lost control of the bike, according to his personal assistant. Police said he was wearing a helmet, but that it slid out of place when he fell.

Covey wrote the best-selling book "The Seven Habits of Highly Effective People." First published in 1989, the book has sold millions of copies worldwide.He co-founded the FranklinCovey, which provides training and consulting based on the book.

He was also a professor at the Jon M. Huntsman School of Business at Utah State University and at Brigham Young University.

“We extend our heartfelt gratitude for all of the love and prayers that have been showered upon Stephen and our family from all around the globe over the past several months,” the Covey family said in the message.