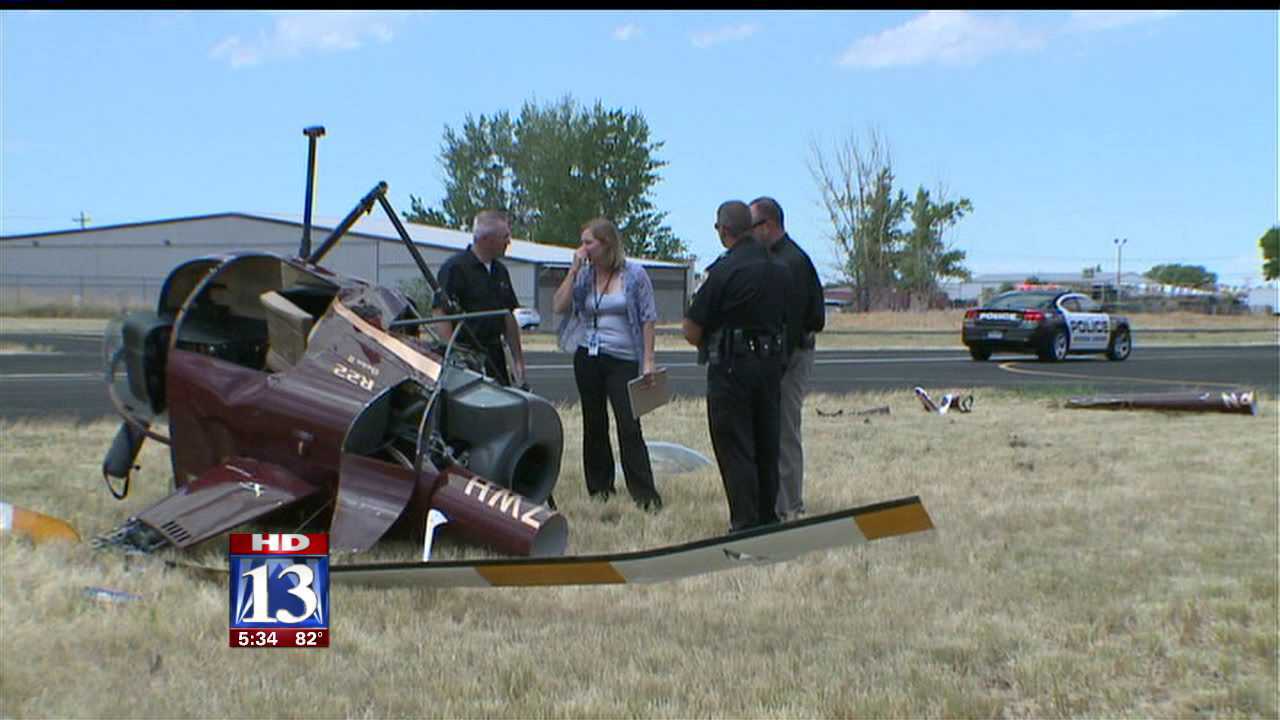 WOODS CROSS, Utah -- Two people walked away unhurt after their helicopter crashed Monday around noon at the Skypark Air Terminal in Woods Cross.

The pilot and instructor were unhurt to the surprise of witnesses. The helicopter fell from 50 feet in the air and rolled several times.

“They were about 50 feet off the tarmac when the student made some incorrect maneuvers and lost control,” says Woods Cross Police Chief Greg Butler.

The two were in a Robinson R-22 helicopter when they crashed and skidded about 84 feet before rolling.

“They came in, it looked like a little too steep, too fast and it didn't pull a pitch properly and hit the pavement and it started shearing, then it [and] cartwheeled about three times,” says witness Steve Newman.

The 79-year-old pilot and his 39-year-old instructor were apparently unscathed and walked away from the crash.

Police say an accident like this has not happened at the skypark for at least a decade.