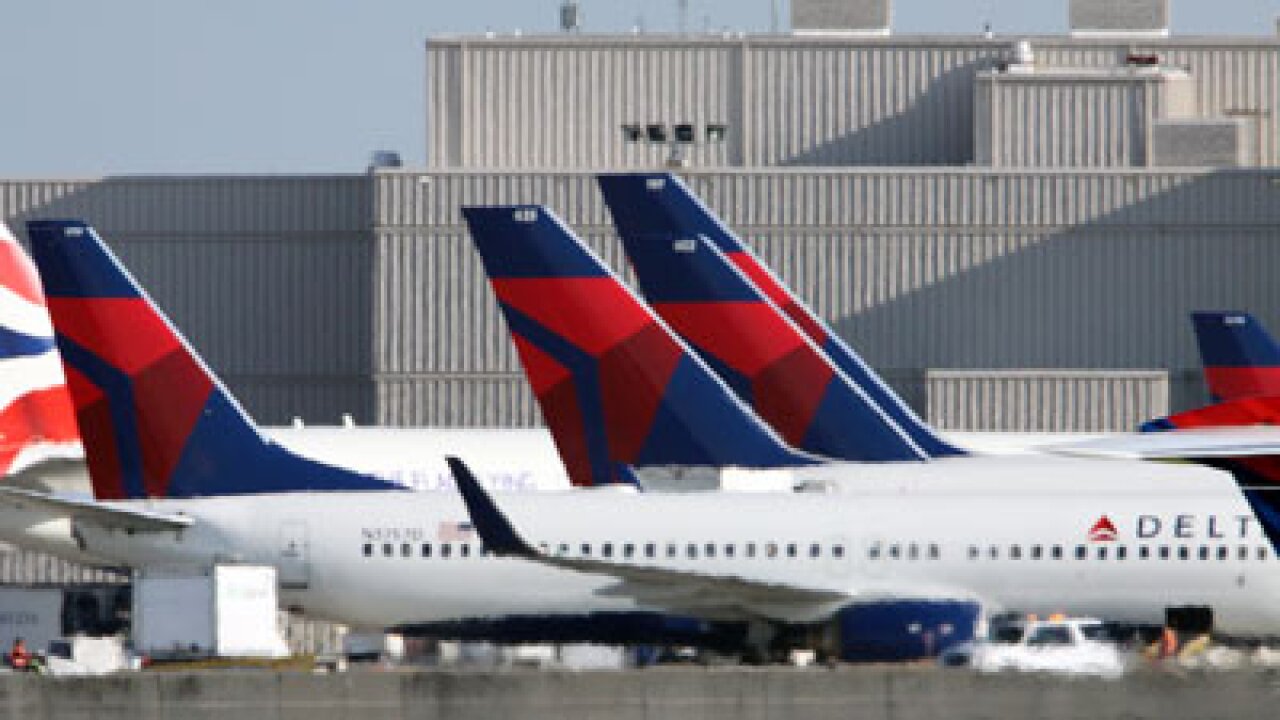 WASHINGTON (CNN) — The FBI says it has launched an investigation into the discovery of sewing needles in four turkey sandwiches on separate Delta Air Lines flights from Amsterdam to the United States.

The objects were discovered in food on planes as they were en route Sunday from Schiphol Airport in the Netherlands to Minneapolis, Seattle and two flights to Atlanta, according to Delta spokeswoman Kristin Baur. Two of the needles were found by passengers, she said, at which point Delta told all 18 flights from Amsterdam to stop serving the sandwiches.

Two more needles were discovered, including one found by a federal air marshal. One passenger on the plane going to Minneapolis was injured by the needle but declined medical treatment upon landing, according to Baur.

Gate Gourmet, which provided prepared sandwiches to Delta, said the sandwiches originated at the firm’s facility in Amsterdam. The company has been in business since 1992.

“This is a terribly upsetting situation,” said Gate Gourmet spokeswoman Christina Ulosevich. “First and foremost is the safety of the traveling public. There’s nothing more important to us at all than the safety of the passengers and crews.”

Delta is now serving sealed prepackaged food on these flights instead of the sandwiches, and no other needles have been found, Baur said.

The Transportation Security Administration says it notified all U.S. airlines with flights from Schiphol to the United States of the findings.

“TSA continues to closely monitor the review of the incidents as well as the security protocols being conducted by the air carrier and the airport authority,” spokesman David Castelveter said.

“Delta requires all its in-flight caterers to adhere to strict criteria in order to offer our customers the very best onboard meals,” Baur told CNN in a statement. “The safety and security of our passengers and crew is Delta’s number one priority.”

Delta says it has been in contact with the FBI, authorities in the Netherlands and Gate Gourmet and is fully cooperating with them in this investigation.

Asked whether Gate Gourmet had taken any job action against any employee, Ulosevich said, “We don’t have any comment. It’s part of an active investigation.”

“We are absolutely cooperating fully with federal and local authorities who are involved, and concurrent with that, we’ll be conducting our own full-scale investigation.”

Ulosevich said the company provides food to other airlines, “but we have received no other reports” of tampered products from other customers.

“We are monitoring every aspect of our operation,” she said.

Have you had a bad experience with food during your flight? Share with us in the comments below.