Man arrested in connection with pipe bombs found in truck 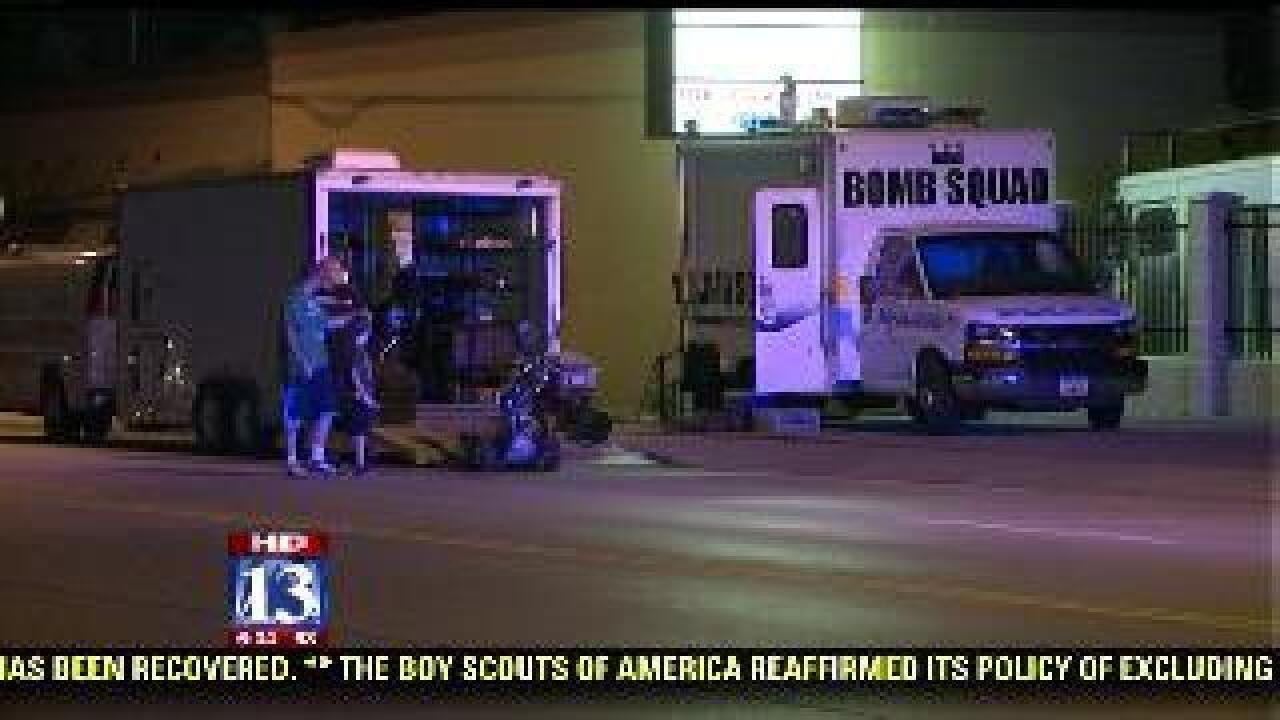 The company said at about 9 p.m., they noticed what looked like pipe bombs in the truck at 1700 South and 900 West.

Police said the company repossessed the vehicle from West Valley City because of an unpaid loan. After taking personal belongings out of the cab, they found the bombs.

Police said their bomb squad disabled the bombs using a robot to make a controlled detonation.

"No one was hurt," said Lt. Melody Gray, Salt Lake City Police. "That's one of the reasons it takes so long is it takes quite a bit of time. We have robots that actually remove devices and detonate those so that's for safety reasons."

West Valley City Police served a warrant to the home of 29-year-old Michael Owens on Wednesday after evidence from the bombs linked to him. He was arrested on two charges of possession of an explosive device.

The bomb squad investigated Owens' house and determined that there is no threat to the public.