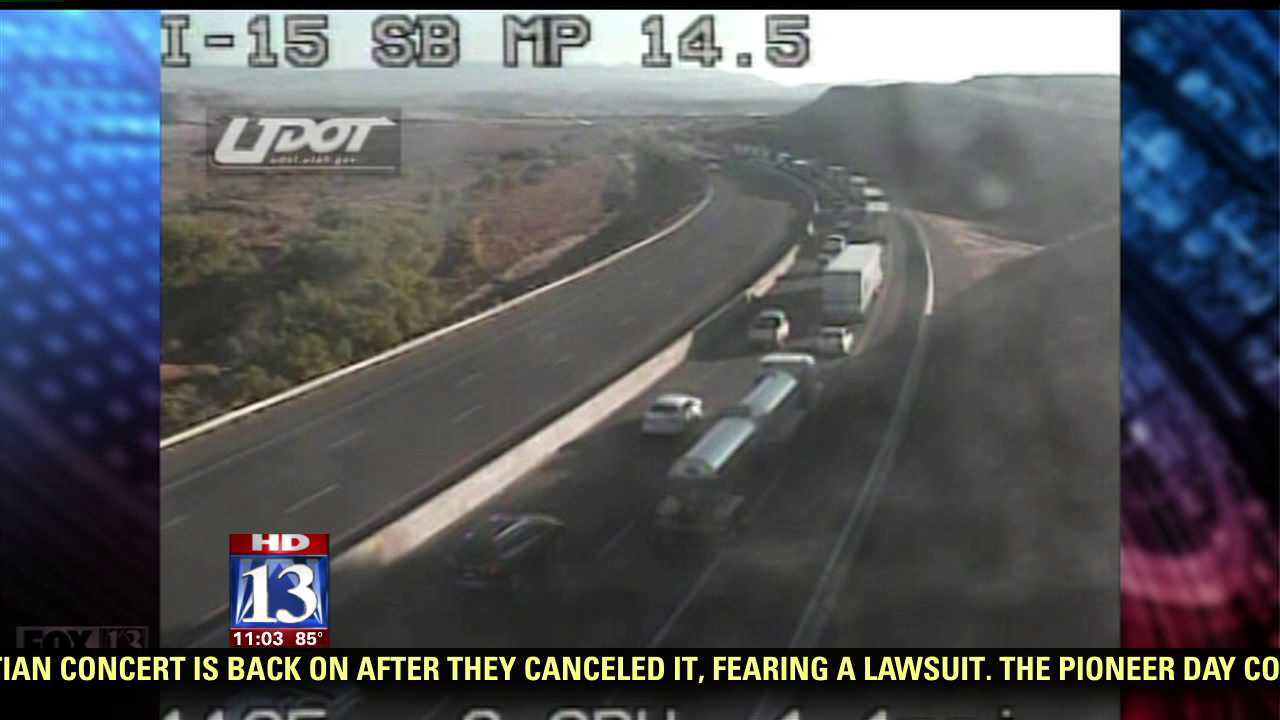 A camera shows the back-up of traffic resulting from the crash.

WASHINGTON, Utah – A father and son are dead after a single-vehicle crash in Washington County Wednesday afternoon.

A vehicle crashed on southbound I-15 near milepost 12 on Wednesday afternoon. Troopers say the man, identified as 48-year-old James Gardner, was driving a Dodge Dakota when his vehicle suddenly went off the road, came back onto the roadway, then crossed into the median, flipped and immediately caught fire.

Gardner and his 6-year-old son Darrell, both of West Jordan, died in the crash. They were both wearing seat belts.

The exact cause of the crash is still under investigation.