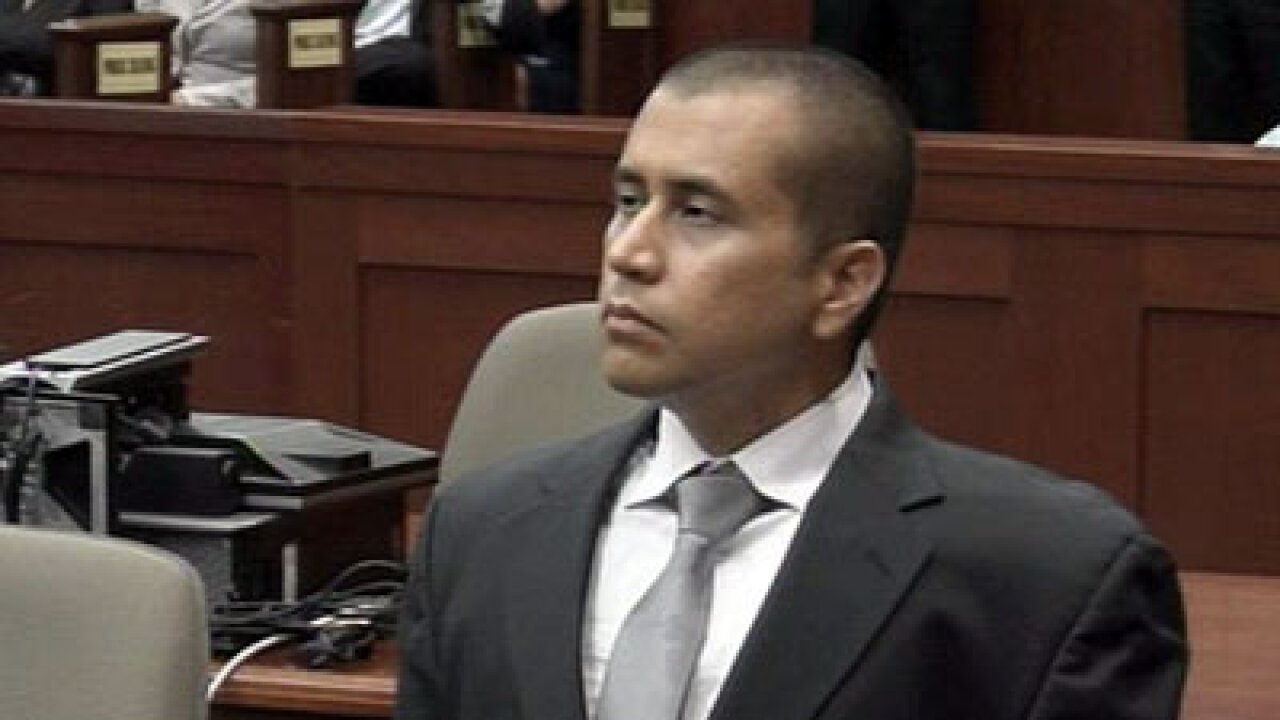 By the CNN Wire Staff
(CNN) — George Zimmerman, the Florida neighborhood watch volunteer at the center of a national firestorm over racial profiling, crime and gun rights, gave his first television interview Wednesday, saying he had to act after Trayvon Martin said “you are going to die tonight” and reached for Zimmerman’s gun holster.

Zimmerman sat for an interview with Fox News host Sean Hannity and expressed his regrets to the parents of Martin, 17.

He said he is neither a racist nor a murderer.

Zimmerman has been charged with second-degree murder for shooting Martin in what he says was self-defense. Martin was unarmed when he was killed in February while walking back to his father’s girlfriend’s house in a gated residential area of Sanford, Florida.

The watch volunteer said he can’t now second-guess what happened.

“I feel it was all God’s plan,” Zimmerman said Wednesday.

“I think it’s absolutely ridiculous. God did not have a plan for Trayvon to die and for George Zimmerman to shoot Trayvon for no reason,” she told CNN’s Soledad O’Brien on Thursday.

Zimmerman, who said he routinely carried a gun except when he was at work, told Hannity that Martin appeared to be suspicious as he cut between buildings.

“I would just like to know, why did he even get out of the car? Why was my son so suspicious? What made him rush to judge my son and think that he was a criminal?” Trayvon’s father, Tracy, told CNN.

Zimmerman said he moved toward a different area when police told him not to continue following the young man.

That’s when he said Martin approached him, his body language “confrontational.”

“He asked me what my problem was,” Zimmerman said. “I said I did not have a problem.” When he reached for his cell phone, Zimmerman said, Martin punched his nose and broke it.

Zimmerman said he didn’t know whether he fell or was pushed to the ground. Martin straddled him and told him to shut up during their struggle, he said.

“He started bashing my head into the concrete sidewalk. And as he broke my nose, I started yelling for help. I was disoriented,” he said.

Zimmerman said it was his voice caught on a phone call screaming for help. “(Martin) started to try to suffocate me, and I continued to push his hands off my mouth and nose.” He said he was concerned he would lose consciousness.

Zimmerman told Hannity he had to shoot Martin when the latter told him he was going to die and made a move for Zimmerman’s handgun.

Martin family attorney Benjamin Crump told O’Brien that the state attorney will see the interview as a “gift” because Zimmerman’s description of what happened conflicts with the 911 calls from the night of the shooting.

“My wife and I don’t have any children. I have nephews that I love more than life. I love them more than myself. And I know when they were born, it was a different unique bond and love that I have with them,” Zimmerman told Fox. “And I love my children even though that they aren’t born yet. I am sorry that they buried their child. I can’t imagine what it must feel like. And I pray for them daily.”

Tracy Martin said he had no desire to speak with Zimmerman.

“Absolutely not,” he said.

Fulton said viewers were getting only part of the story.

“My first thought was that I wish Trayvon was here to tell his side of the story, because we’re just hearing one side of what actually happened,” she said.

Witness alleges she was abused by suspect in Trayvon Martin killing

The 28-year-old has pleaded not guilty and has been free on $1 million bail since early July. He had been granted bail in April but then had it revoked after a judge found that Zimmerman and his wife, Shellie Zimmerman, had failed to disclose more than $150,000 in donations from the public among their assets.

Police have said Zimmerman was not immediately charged because there was no evidence to disprove his account that he had acted in self-defense. A police report indicated that he was bleeding from the nose and the back of his head.

A special prosecutor who took over the investigation eventually found that Zimmerman, who is Hispanic, racially profiled Martin, an African-American, and ignored a police dispatcher’s instructions to stop following Martin.

Zimmerman was arrested in April on the murder charge. His wife was arrested on a perjury charge related to the donations in June.

Defense attorney Mark O’Mara told Hannity that he could not comment on the donations, given the case against Shellie Zimmerman.

He did say the case against his client would be an appropriate example of a “stand your ground” defense in Florida. Zimmerman said he had not heard of the law before the incident. He also said the media have made a rush to judgment.