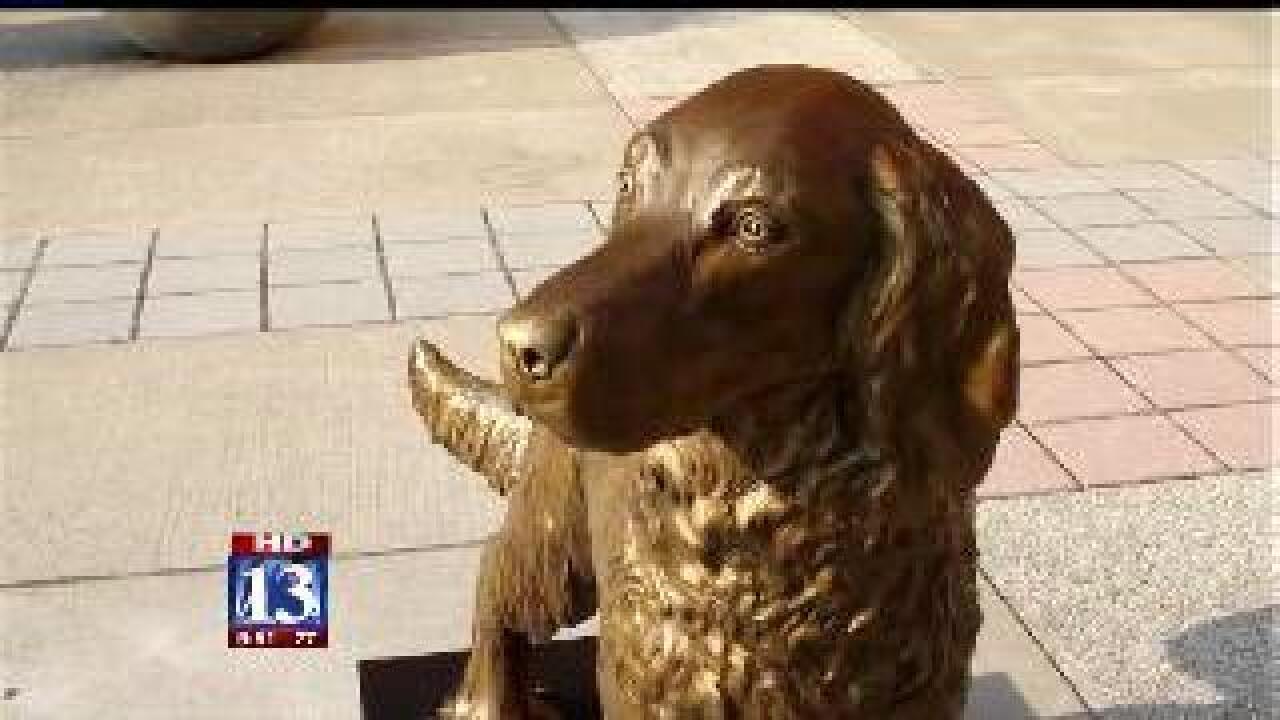 SALT LAKE CITY - A Utah artist has finished a statue of a therapy dog that now sits on display at a Buffalo, N.Y., cancer hospital.

In 2006, Monty became the first therapy dog at the Roswell Park Cancer Institute in Buffalo.

"He knew he was dealing with sick people. People who were afraid, not feeling well, and he would go to the wards and be calm and just wait for the children to come to him," said Lena Toritch, the sculptor of Monty's statue.

A memorial for Monty, who died of cancer himself, was created outside that hospital to honor the dog and the support he provided.

"The hospital has chosen to honor him with an arts commission statue to represent the significant impact therapy dogs have on patients in the hospital," said Nicole Gerber, Monty's owner.

Toritch was commissioned with creating the memorial statue, something she says is interactive.

Gerber says that the statue is a good representation of the dog, who had a playful but gentle personality.

"When I first saw the finished statue, Monty was in the crate but immediately I said, 'This is Monty'. And when we pulled him out and put him on the pedestal my heart just stopped. I wanted to go up and hug him," said Gerber.