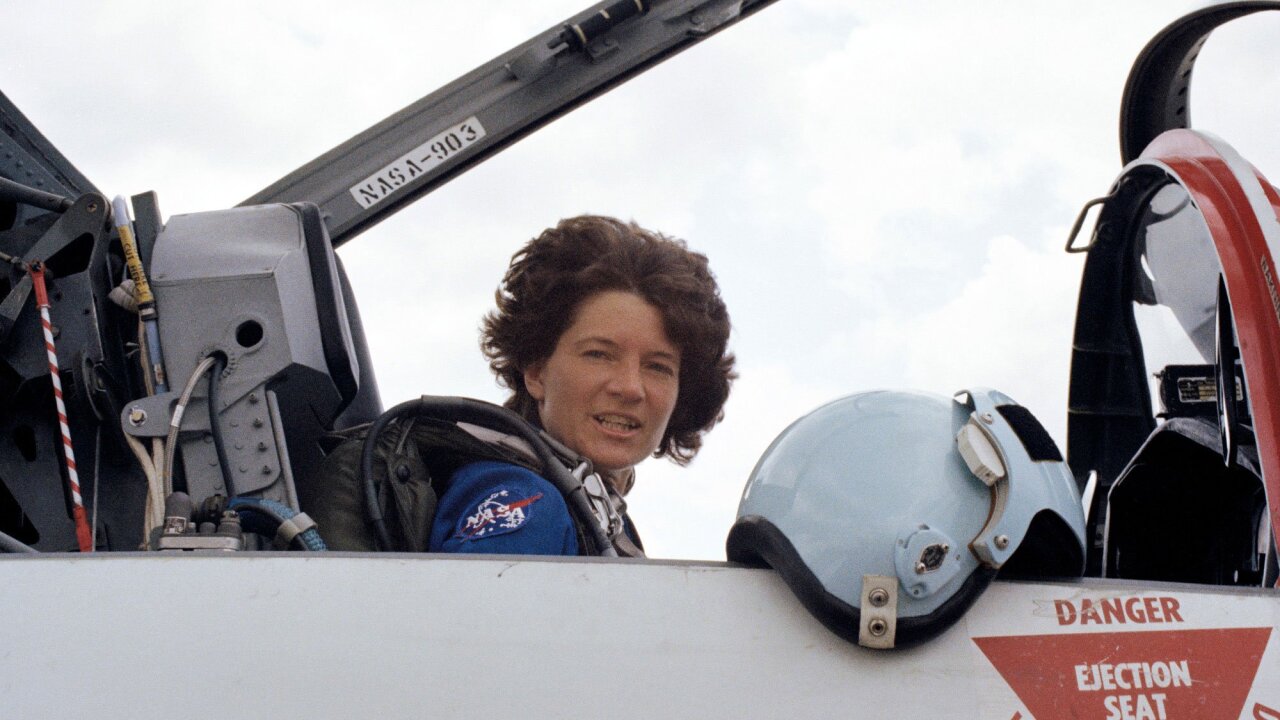 Three days before launch, Ride takes a last look at Houston before taking off in a T-38 jet, bound for NASA’s Kennedy Space Center in Florida.

(CNN) — Sally Ride, the first American woman to fly in space, died Monday after a 17-month battle with pancreatic cancer, her company said. She was 61.

“Sally lived her life to the fullest, with boundless energy, curiosity, intelligence, passion, commitment, and love. Her integrity was absolute; her spirit was immeasurable; her approach to life was fearless,” read a statement on the website of Sally Ride Science, a company she started to help teach students — particularly young women and girls — about science, math and technology.

Ride flew into orbit aboard the space shuttle Challenger in 1983 to become America’s first woman in space. She took a second trip aboard the same shuttle one year later.

The first woman in space was Soviet astronaut Valentina Tereshkova, who orbited the earth 48 times in 1963.

“As the first American woman to travel into space, Sally was a national hero and a powerful role model,” President Barack Obama said soon after news of her death broke. “She inspired generations of young girls to reach for the stars and later fought tirelessly to help them get there by advocating for a greater focus on science and math in our schools. Sally’s life showed us that there are no limits to what we can achieve and I have no doubt that her legacy will endure for years to come.”

A Los Angeles native, Ride attended Stanford University, where she earned four degrees including a doctorate in physics, according to NASA. She joined the agency as part of the class of 1978, the first to include women.

She left NASA more than a decade later and became part of the faculty at the University of California, San Diego. Ride was the author of several books.

She is survived by her partner of 27 years, Tam O’Shaughnessy, her mother, her sister, and other family members.

“Sally Ride broke barriers with grace and professionalism — and literally changed the face of America’s space program,” said NASA Administrator Charles Bolden. “The nation has lost one of its finest leaders, teachers and explorers. Our thoughts and prayers are with Sally’s family and the many she inspired. She will be missed, but her star will always shine brightly.”