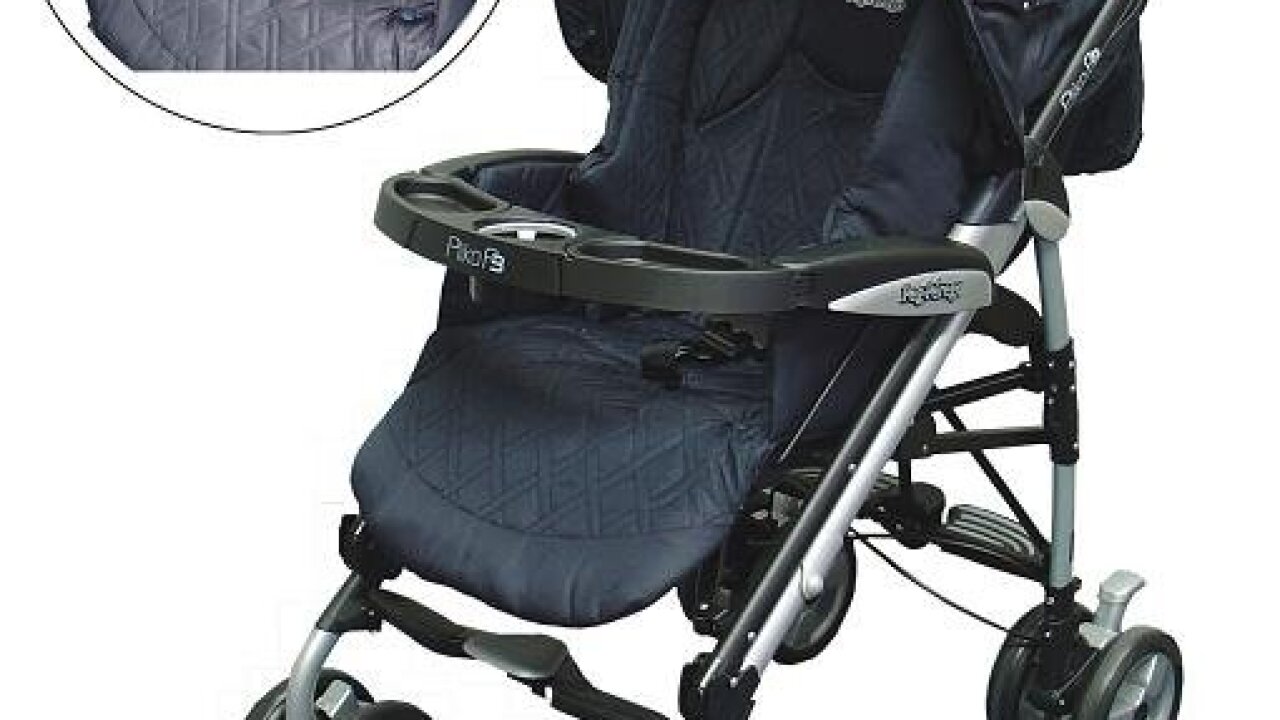 The U.S. Consumer Product Safety Commission announced a voluntary recall of 223,000 popular strollers following the death of an infant eight years ago and the near strangulation of another in 2006.

WASHINGTON (CNN) — The U.S. Consumer Product Safety Commission announced a voluntary recall of 223,000 popular strollers following the death of an infant eight years ago and the near strangulation of another in 2006.

The heads of the two infants became entangled between the tray and seat. But officials didn’t link the cases to a specific brand and model of stroller until recently.

The recall involves Venezia and Pliko-P3 strollers made by Peg Perego, USA Inc.

In 2004, a 6-month-old California boy died after his head was trapped between his stroller’s seat and the tray. In the 2006 incident, a 7-month-old New York girl nearly died from similar circumstances.

“Entrapment and strangulation can occur, especially to infants younger than 12 months of age, when a child is not harnessed,” the CPSC said. “An infant can pass through the opening between the stroller tray and seat bottom, but his/her head and neck can become entrapped by the tray. Infants who become entrapped at the neck are at risk of strangulation.”

Manufactured between January 2004 and September 2007, in a variety of colors, the strollers were sold nationwide at retail outlets, according to the CPSC.

Since the stroller models involved in Tuesday’s recall were manufactured, newer models have been developed that don’t pose the same risks.

“This recall is part of a larger effort by CPSC to address fatalities that occurred prior to new and better strollers being in place,” CPSC spokesperson Patty Davis told CNN.

In 2008, a voluntary industry standard went into place addressing the height of the opening between the stroller’s tray and the seat bottom.

Because used strollers are a popular item on many auction and aftermarket websites, customers are advised to check the model number used stroller they buy to make sure it isn’t part of a recall.