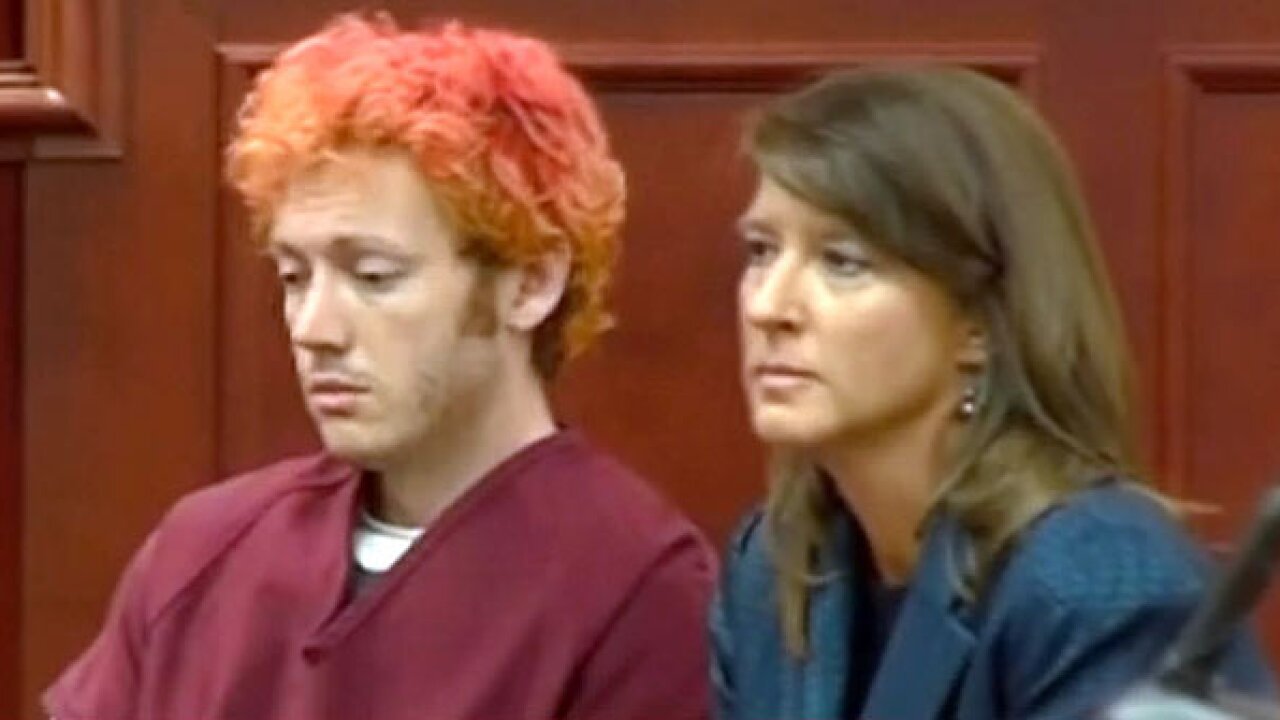 (CNN) — Authorities discovered a package in a University of Colorado-Denver mail room apparently sent by the alleged gunman responsible for a theater shooting that left 12 people dead and scores injured, according to a law enforcement official briefed on the investigation.

It was sent to the school’s Anschutz Medical Campus in Aurora, Colorado.

The official could not provide additional details as to whom the package was addressed, how long it had been in the mail room or what it contained.

Looking dazed at times, the man who identified himself to police as “the Joker” will continue to be held without bond. He is scheduled to be formally charged July 30.

Meanwhile, families still grappling with last week’s tragedy are soon expected to embark on the mournful task of laying their loved ones to rest.

On Wednesday, a memorial service will take place for 51-year-old Gordon Cowden, who took his two teenage children to see the midnight premiere of the new Batman movie “The Dark Knight Rises.” Cowden’s children survived the shooting at the Aurora theater.

Nine miles away, visitation will take place for Micayla Medek, a 23-year-old woman who was working toward her college degree.

Those who were wounded still face the specter of permanent injury and long recovery periods.

One woman, who was shot in the knee, endured her third surgery Monday and has plans to travel to Baton Rouge Wednesday for further reconstructive operations.

The mother of Bonnie Kate Pourciau said her daughter was struck by a bullet after pulling a friend to the floor in an effort to escape the hail of gunfire.

In Aurora, actor Christian Bale, star of “The Dark Knight Rises,” surprised residents Tuesday when he visited a memorial for the victims and met with survivors of the shooting spree, CNN affiliate KDVR reported.

One of the victims, Carey Rottman, posted a picture of Bale visiting him in his hospital room on Facebook.

“Wow! Thank you so much for the visit Christian! What a great guy! Still in shock!” Rottman wrote, according to KDVR.

Amid the tragedy, other survivors also had reasons to brief sighs of relief.

Petra Anderson suffered four shotgun wounds, including one in her head. But thanks in part to a brain abnormality, she survived, her pastor said.

“The doctor explains that Petra’s brain has had from birth a small ‘defect’ in it. It is a tiny channel of fluid running through her skull, like a tiny vein through marble, or a small hole in an oak board, winding from front to rear,” Brad Strait of Cherry Creek Presbyterian Church in Englewood, Colorado, wrote on his blog.

“Like a marble through a small tube, the defect channels the bullet from Petra’s nose through her brain. It turns slightly several times, and comes to rest at the rear of her brain. And in the process, the bullet misses all the vital areas of the brain. In many ways, it almost misses the brain itself,” he said.

Anderson has started physical and speech therapy and is able to walk, talk and laugh, said Andrew Roblyer, a family friend.

But Caleb Medley, who was shot in the head, lost an eye and suffered brain damage.

“The surgeon came and talked to us and said he’d be in ICU at least a week,” said Medley’s friend, Michael West, who set up a website to help take care of medical bills and the needs of Medley’s family.

“I knew it was going to rack up in the hundreds of thousands, if not millions,” West said of his friend’s medical expenses.

Medley, who had been doing standup comedy routines in Denver and was working full-time at Target, had no health insurance, his brother Seth said.

Money is also streaming into GivingFirst.org, which is accepting donations for the shooting victims and their relatives. By Tuesday, the amount had reached almost $2 million, Gov. John Hickenlooper said.

“The needs will be great and we look forward to seeing the fund grow exponentially,” he said. “This money will help those impacted by this tragedy begin to recover and rebuild their lives.”

Sources at Warner Bros. studios told CNN the company made a “substantial” donation. Warner Bros., a subsidiary of CNN’s parent company Time Warner, would not divulge how much money it was giving out of respect for the victims, the sources said.

Holmes had booby-trapped his Aurora apartment with more than 30 homemade grenades and 10 gallons of gasoline, a law enforcement official who viewed video showing the apartment’s interior has told CNN.

The sophisticated setup at the sparsely furnished third-floor, one-bedroom apartment was meant to harm, or possibly kill, anyone who entered — and tested the skills of bomb squad members charged with clearing it.

“Imagine that fireball … you would have an explosion that would knock down the wall of (nearby) apartments,” the official said Monday. “That flame would have consumed the entire third floor.”

The Holmes family issued a statement Friday saying, “Our hearts go out to those who were involved in this tragedy and to the families and friends of those involved.” It added, “We are still trying to process this information.”