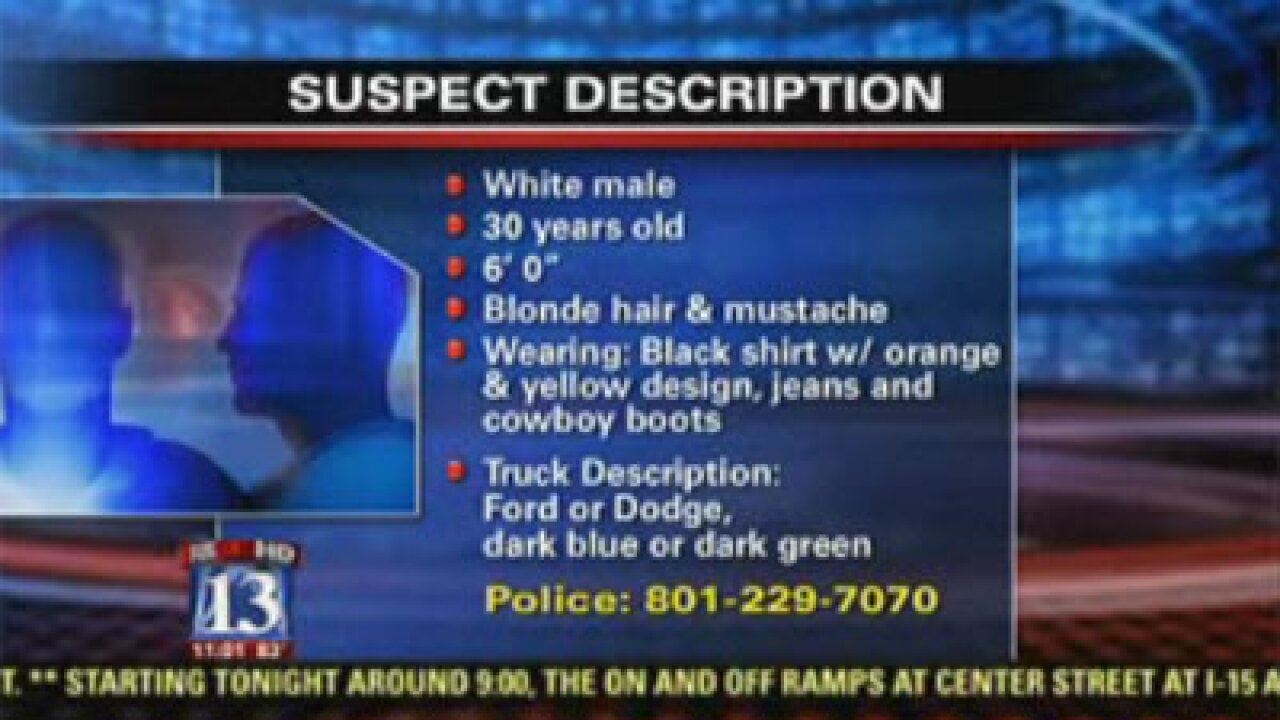 OREM, UTAH -- Orem Police are looking for a man they say raped a woman outside a local movie theater Sunday.

It happened just after 9 p.m. at the Cinemark movie theater at University Mall.

Police said a man approached the victim in the parking lot asking for help with his truck. As she was holding a flashlight for him, police said he threw her head into the side of the truck, then raped her.

"What we do hope is that somebody leaving the movie or coming to the movie might have seen something," said Sgt. Craig Martinez, Orem Police Department. "Maybe not have seen the act itself, but may have seen the man and his vehicle and be able to give us a little bit better description, maybe point us in the right direction."

Police described him as a 30-year-old white man, about 6 feet tall with blonde hair and a mustache. He was wearing a black shirt with an orange and yellow design, tight Wrangler jeans and black cowboy boots.

He was driving a dark green or blue Ford or Dodge truck.