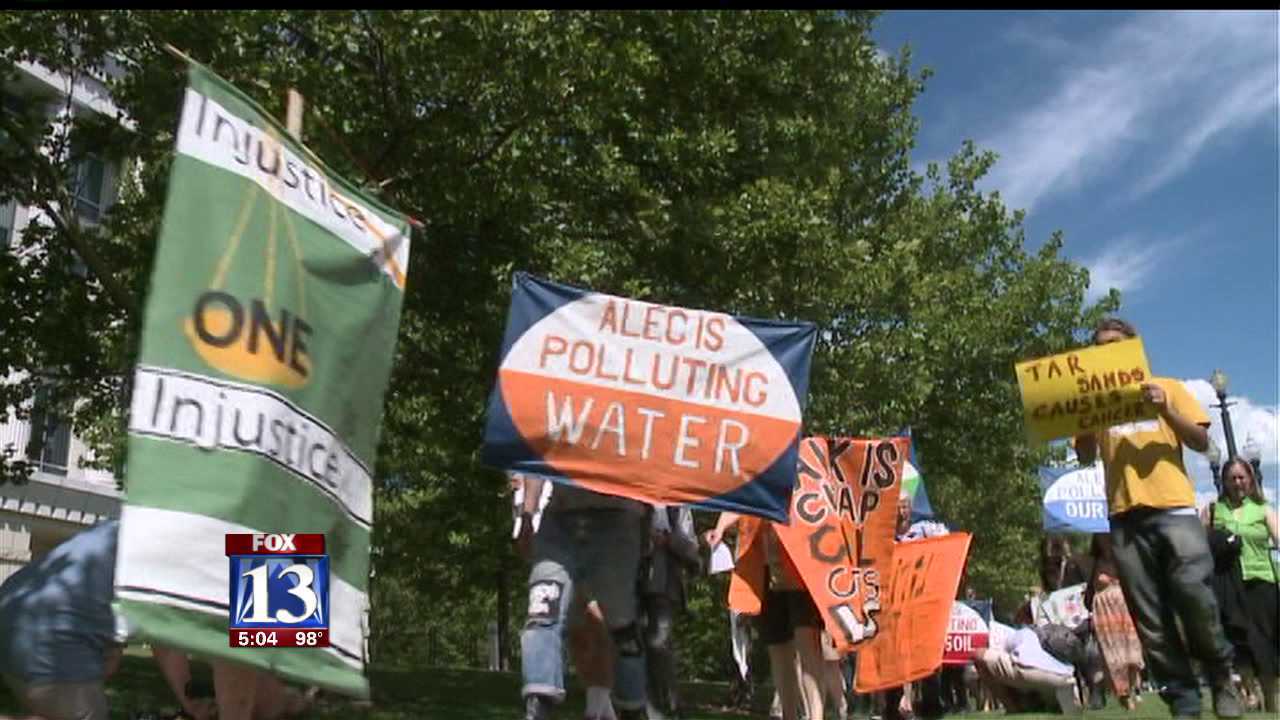 SALT LAKE CITY -- Exactly one year after activist Tim Dechristopher was sentenced to prison the group he co-founded is protesting the American Legislative Exchange Council in Salt Lake City.

The group that gathered outside the Grand America Hotel where ALEC is holding their meeting, says they are angry with the organization and that it provides a way for corporations to buy government.

Protesters started at City Hall Thursday and marched down 500 South to the front of Grand America.