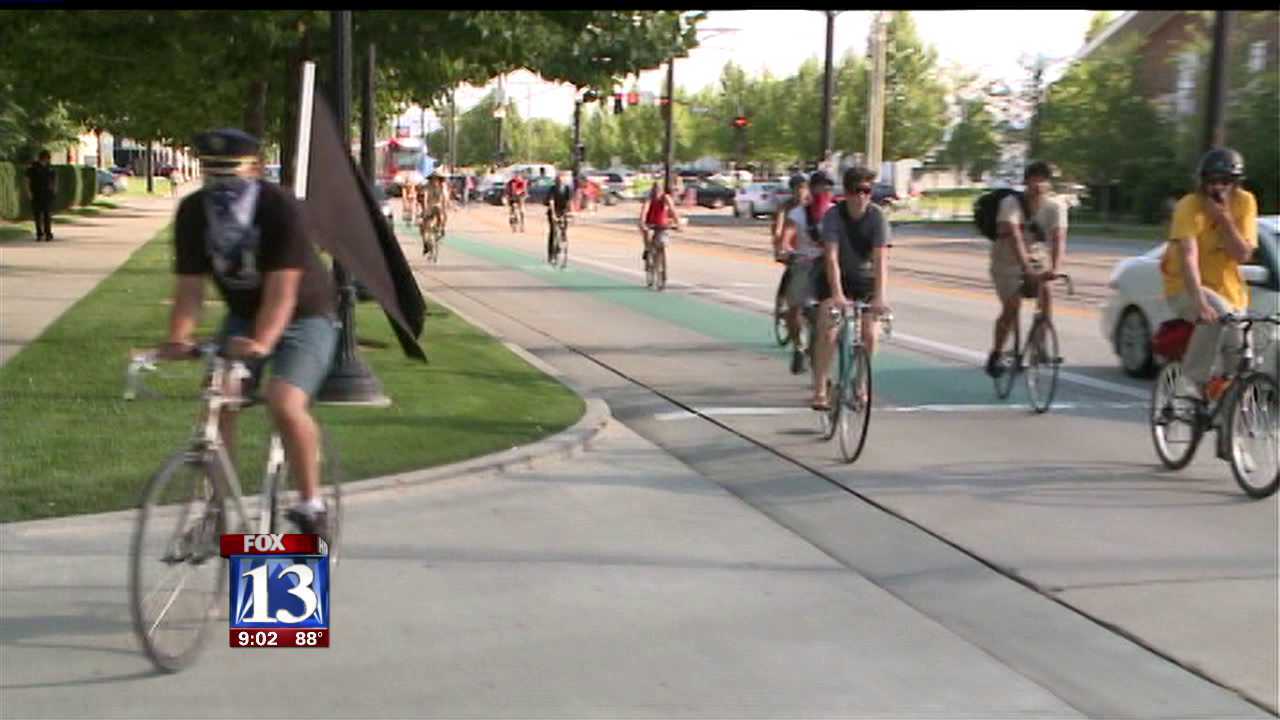 Outside the Grand America Hotel, picketers shouted at conference attendees as they walked down the sidewalk. Activists on bicycles circled the hotel chanting "ALEC go home!"

As a tour bus filled with conference attendees pulled out of the hotel, some cyclists got in front of it and blocked its progress along 500 South. The activists left after Salt Lake City police pulled up and threatened them with arrests.

Anti-ALEC demonstrations have denounced the group that it claims brings together corporate interests, lobbyists and politicians to draft legislation that shuts out public input.