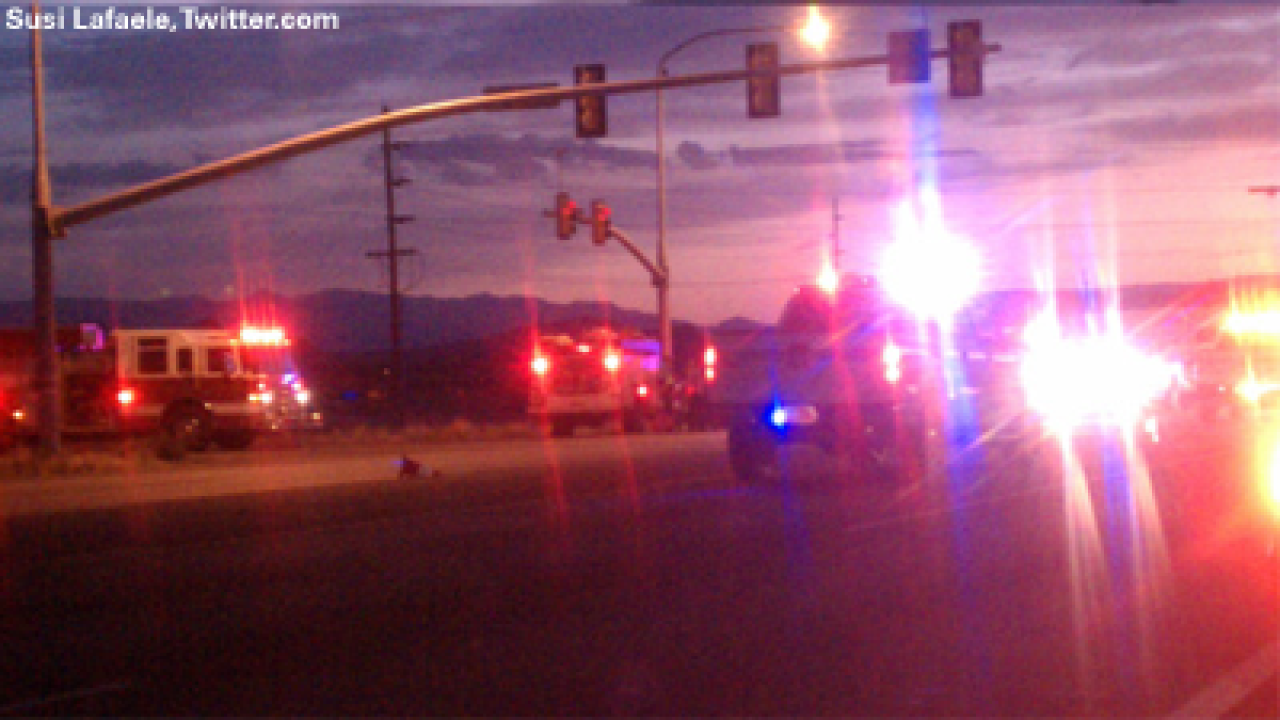 HURRICANE, Utah – 11 people were hospitalized after a passenger van and an ambulance collided in Hurricane on Saturday night.

The Utah Highway Patrol says an ambulance from Colorado City, Ariz., was traveling on SR-9 at around 8 p.m. when a van turned left onto SR-9 from 3400 West on a green light.

The ambulance was traveling at about 60 mph through the intersection with its emergency lights and siren turned on when the two collided. The ambulance t-boned the van on the driver’s side.

An 8-year-old female sitting behind the van’s driver took the brunt of the impact. She was not breathing at the scene and she was transported to Dixie Regional Medical Center, where an airway was established. The girl was then transported to a hospital in Las Vegas for further treatment.

All four occupants of the passenger van – two adults and two children, all from Switzerland – and all seven occupants of the ambulance – five ambulance crew members, the patient, who was in critical condition after suffering a stroke, and his wife – were transported to St. George hospitals with injuries ranging from minor to critical.

The stroke victim suffered a gash to his head, an EMT on the ambulance suffered a broken arm. All other injuries were reported as non-life threatening.