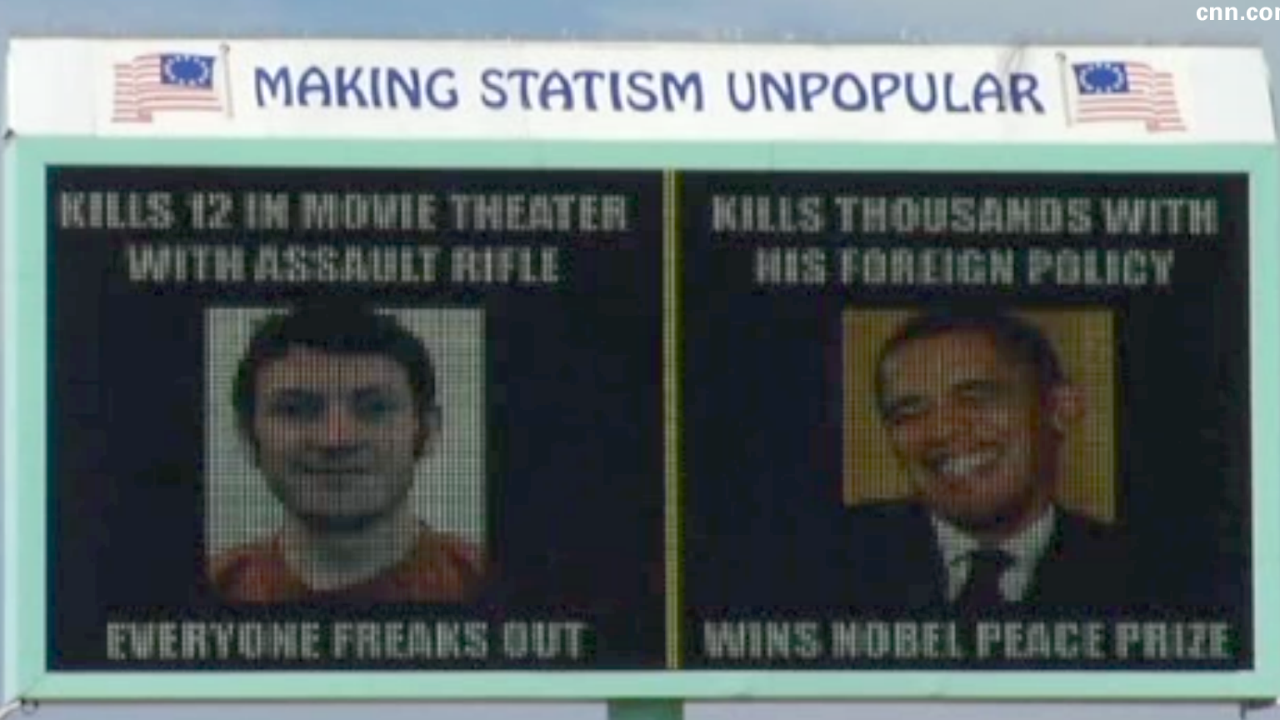 CALDWELL, Idaho – A billboard in an Idaho town that draws a comparison between President Barack Obama and the man believed to have shot and killed 12 people inside a Colorado movie theater is drawing controversy.

The electronic billboard in Caldwell, Idaho, a suburb of Boise, pictures Obama and James Holmes side-by-side.

The text by Holmes’ photo reads, “kills 12 in a movie theater, everyone freaks out.”

The group that owns the board says it wants to draw attention to the sacrifices of military men and women overseas.