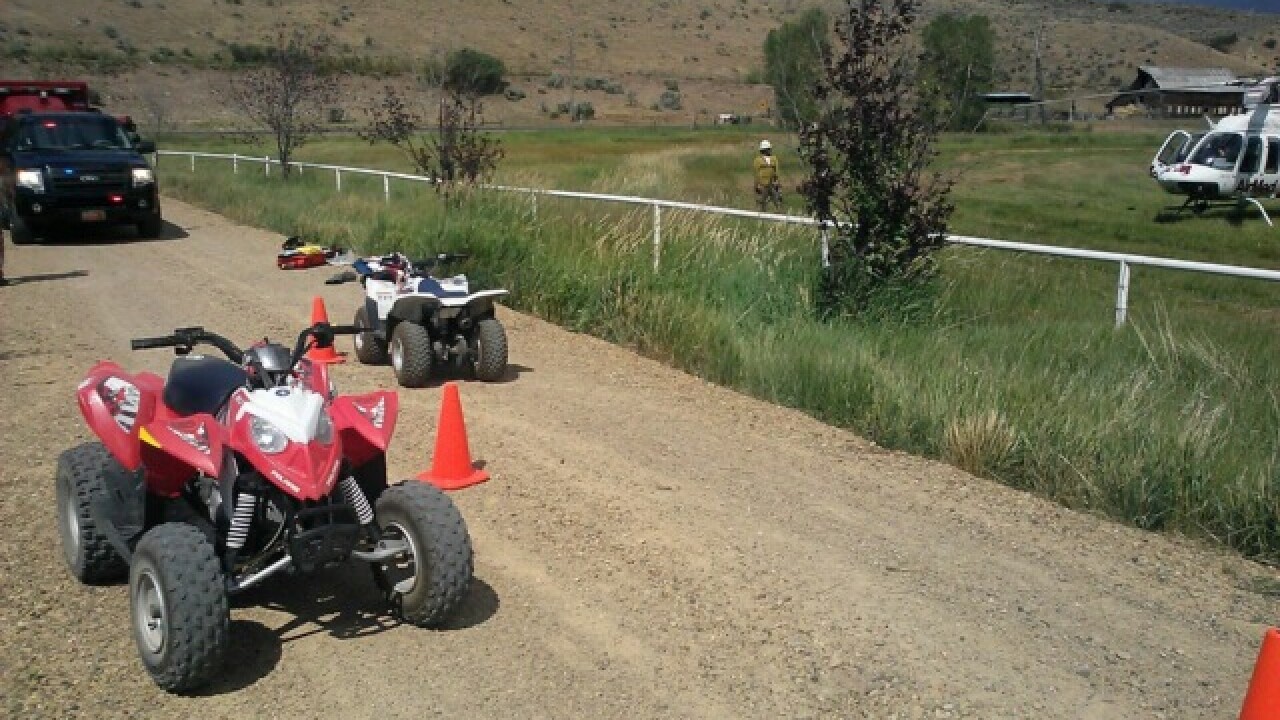 The accident occurred near 3300 E. Chalk Creek Road at about 3 p.m.

Police say the vehicle rolled, throwing the driver and his passenger, another 11-year-old boy riding along with him. The driver suffered serious injuries, while the other rider was not harmed, according to a press release from Sheriff Dave Edmunds.

"He was found up against a fence, with the ATV close by," said Summit County Sheriff's Capt. Justin Martinez.

Martinez says boy boys were wearing helmets, but the driver's helmet apparently came off during the accident.

Sheriffs say the driver was transported by medical helicopter to Primary Children's Hospital with head trauma and is currently in critical condition.