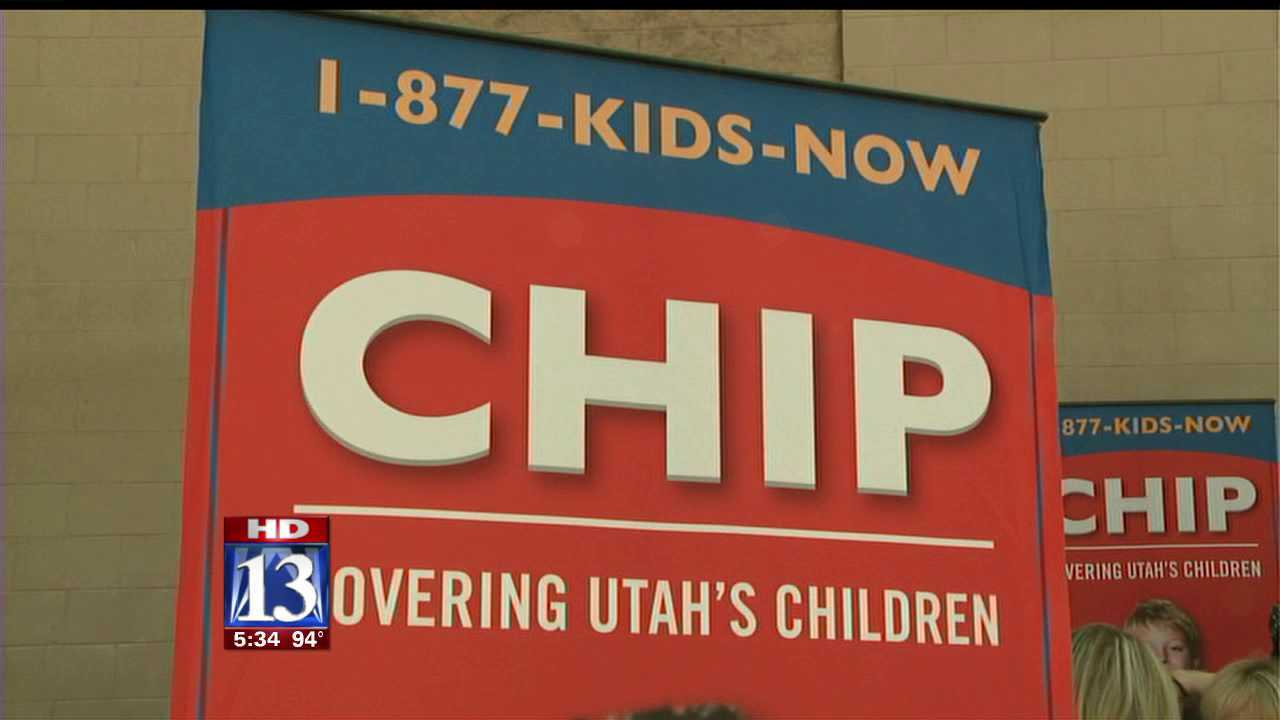 SALT LAKE CITY -- About 100,000 children in Utah currently get their health insurance through the federal and state-funded Children’s Health Insurance Program, or CHIP.

What the program covers and how many people the program can enroll varies from state-to-state. It is a federally funded program, but those federal funds have to be matched by individual states in order for the program to function.

On Thursday, celebrating the 15th anniversary of CHIP, the group "Voices for Utah Children" shared the program's success stories and said they want more parents to know about the benefits of CHIP.

“It's a program for people of low income,” says pediatrician Tom Metcalf. “It does not mean they're lazy people, people who want a free ride. The vast majority are working people who simply cannot afford medical care at the current rates.”

Metcalf refers to people like Joy Pizzuto, who was encouraged to sign up for CHIP by a hospital employee.

She says she was resistant to the idea and thought because she was a working mother that she probably would not qualify. She says her friend persisted telling her that despite her being employed, she could get coverage for her children.

“She was very persistent and told me ‘no’, I would qualify for it and she was going to send me literature in the mail. A couple days later I got it and I was astounded to know that I did, I did qualify,” said Pizzuto.

Pizzuto says she signed up immediately and that she was lucky she acted quick.

“It didn't come a minute too soon because a few months later my daughter was extremely ill,” Pizzuto said.

Pizzuto’s daughter was diagnosed with Type I Diabetes. A disease that warrants intense treatment she could not finance paying on her own.

“By screening kids early on, it prevents illnesses from becoming so serious kids have to go to the emergency room where it costs a lot of money,” said Metcalf.

Voices for Children say that although there are a lot of children covered by the program, at least 100,000 more children are uninsured.

“We still have close to a 100,000 kids with no coverage. We can do better than that,” said Voices for Children spokesperson Karen Crompton. “Because most of them are already eligible for CHIP or Medicade, but are not enrolled.”

More information on CHIP and Medicaid can be found at Utah Department of Workforce Services (Click link to visit).