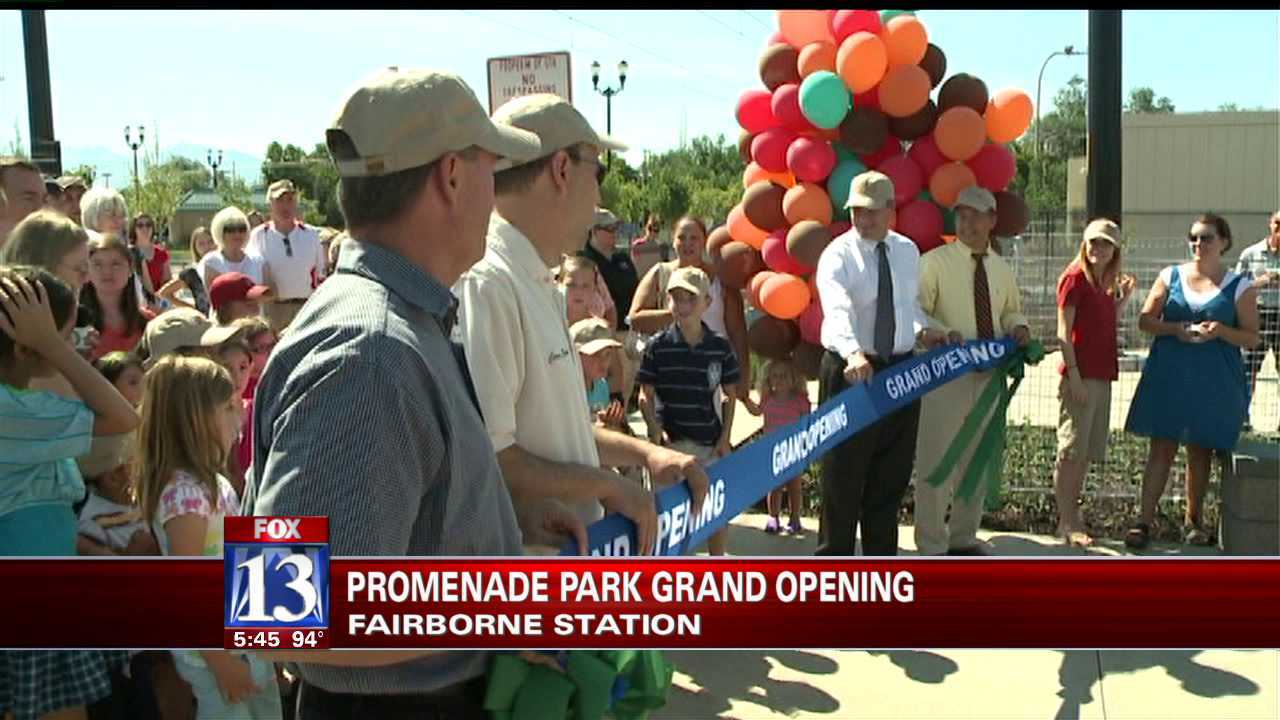 WEST VALLEY CITY -- Some West Valley City children got to be the first to run and play on the new park unveiled Thursday afternoon. The Promenade Park at Fairborne Station was opened to the public with Mayor Mike Winder cutting the ceremonial ribbon.

And although the station is not finished yet, it is already becoming a focal point for west valley.

Mayor Mike Winder led the countdown to open the park, which has a water feature and playground. Promenade Park offers a new place for family and friends to gather.

Fairborne Station sits in the heart of West Valley's transit system, between 3500 South and Lancer Way, about 10 minutes from the airport and downtown Salt Lake City.