JUAB COUNTY, Utah — An 11-year-old girl is still in critical condition Friday after a van she was a passenger in rolled on Interstate 15 near Mona, Utah Thursday afternoon.

Utah Highway Patrol says the van, a 2002 Chrysler Town and Country, carrying seven people from Idaho Falls was traveling northbound at about 3 p.m. when it went off the left side of the road, over-corrected back to the right side and hit an embankment of the milepost 228 structure and rolled.

Troopers say when the vehicle rolled the 11-year-old was ejected. She was hospitalized with critical injuries.

On Friday, UHP spokesman Cpl. Todd Johnson said the van’s driver and front-seat passenger were the only ones wearing a seat belt. The driver, 56-year-old Raul Avila, was the only name released.

UHP said the front-seat passenger is a 54-year-old female and the other passengers include children, the 11-year-old victim and three boys, ages 9, 11, and 14.  A young woman, 18, was also a passenger during the accident. They were all transported to a hospital in Mona.

No other vehicle was involved in the accident. 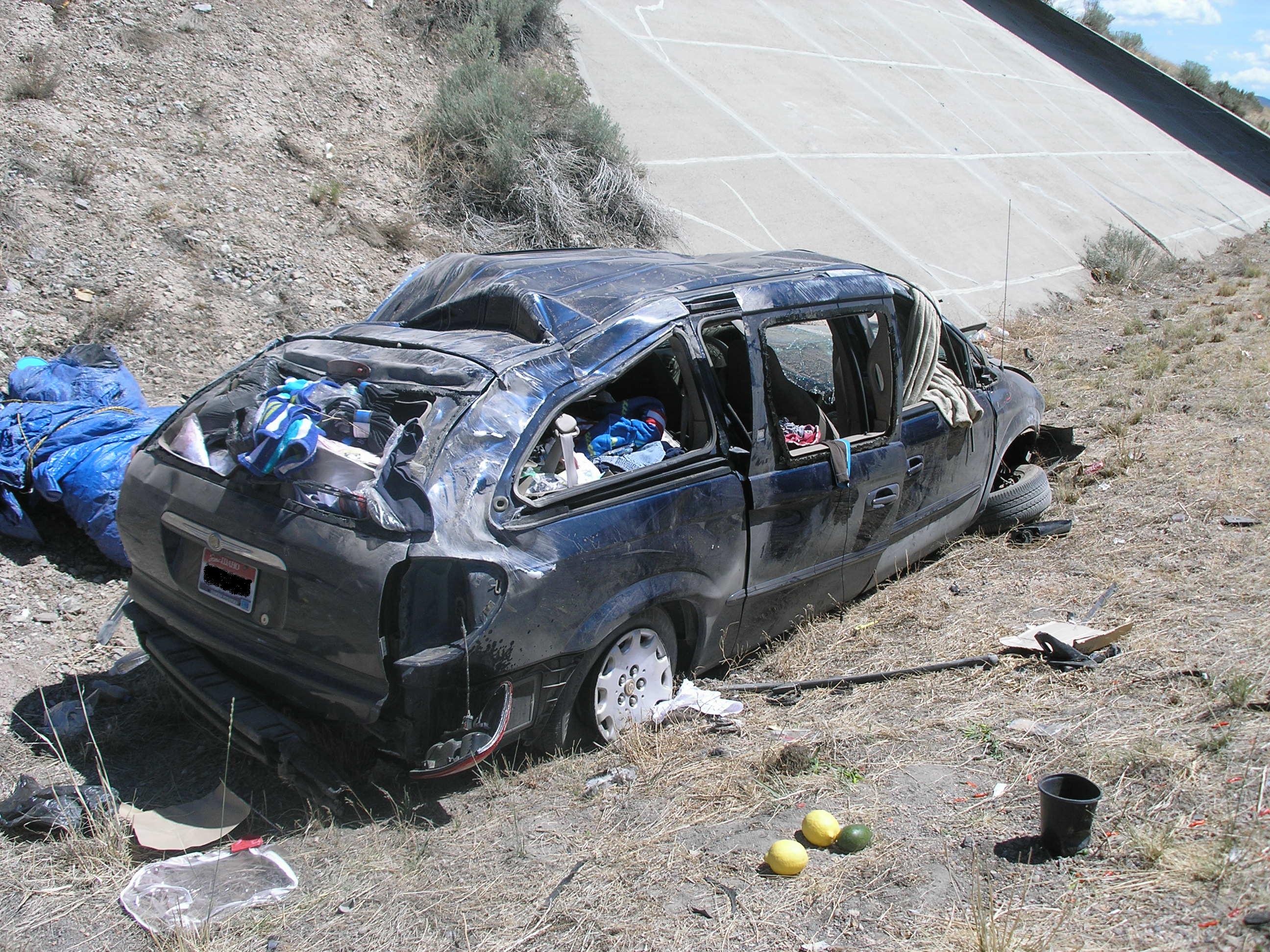