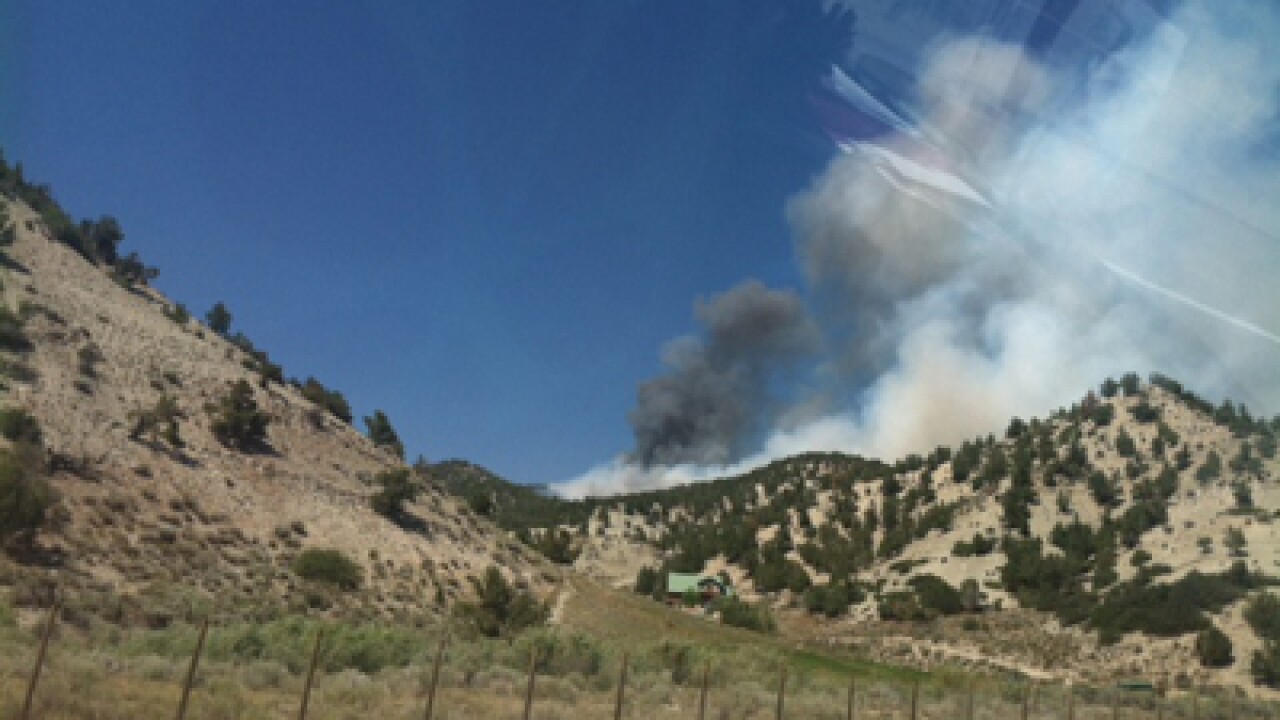 UPDATE Aug. 6, 8:35 a.m.: The Pumpkin fire has burned approximately 176 acres and is 40 percent contained, according to the U.S. Forest Service.

A Forest Service spokesperson said the wildfire, now called “Pumpkin Fire,” was caused by lightning and has burned 176 acres near the Tie Fork rest stop along the highway. The fire is 30 percent contained Saturday evening.

Forest Service spokesperson Loyal Clark said the fire is difficult to fight from the ground due to the steep and remote terrain. Another air tanker was ordered due to those difficulties.