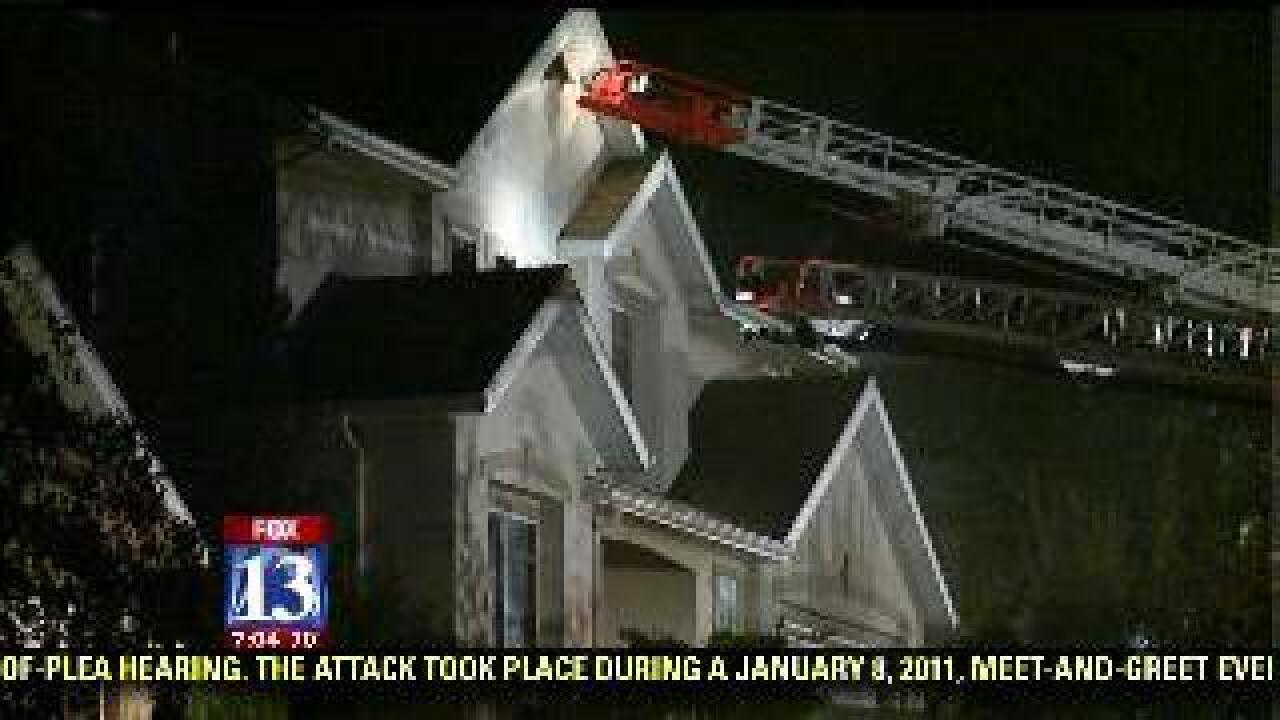 A couple woke up to the sound of a fire that was burning their backyard deck and trees.

The fire quickly spread to the home forcing the couple to evacuate.

The blaze burned on all three floors causing significant damage to the back and interior of the home.

Multiple agencies responded to the fire and firefighters have said that the cause of the fire is suspicious.

Police evacuated neighboring homes as a precaution until the fire was contained.

Fire investigators are on the scene trying to determine the cause of the fire.

Police and fire investigators are asking for the public’s help with any information on the cause of the fire.