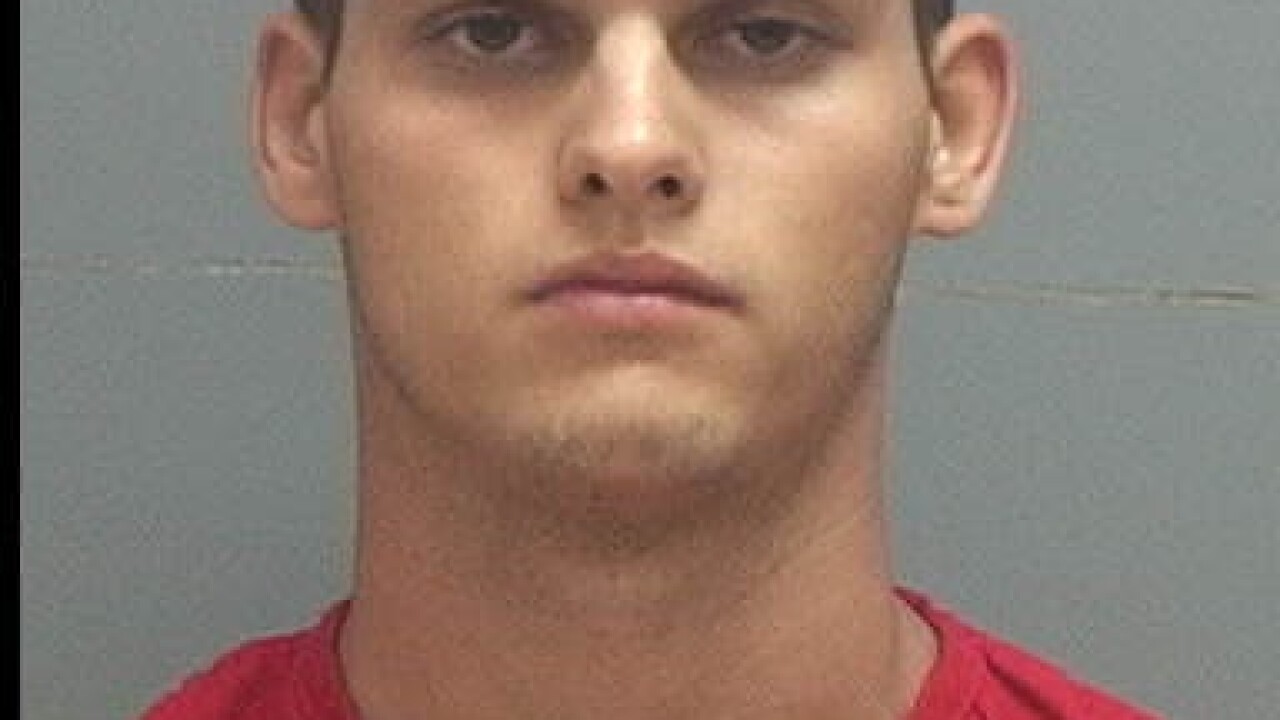 SANDY, Utah -- Police here are trying to sort out what happened in a shooting that killed one man, paralyzed another and wounded a woman.

Alex Vasquez, 24, is in jail on suspicion of homicide after being arrested in Midvale. The shooting happened at a home near 80 East and 8600 South about 10:45 p.m. Sunday, where police say 41-year-old Paul J. Giovale was killed. [Read Sandy Police news release]

"There was some sort of fight between Alex and the victim, the deceased." said Sgt. Jon Arnold, Sandy City Police Department.

Bernice Vasquez, who lives in the home, told FOX 13 her brother, Simon, had been shot in the back of the neck and paralyzed. Her brother's girlfriend was shot in the shoulder.

"My brother is paralyzed and there was a deceased in our backyard," she said. "I don't know who he is."

Neighbors said they heard loud pops that sounded like fireworks before the sound of tires squealing on the pavement.

"I've never seen anything quite like it, I've never seen so many police officers down one street before, K-9 units going everywhere," said Mike Tippetts, a neighbor. "[They were] chasing after something just right over by my house walking with the K-9 unit. It was definitely a surprise."

Eric Murray said he tried to help the shooting victims.

"When I checked for a pulse on him (Simon), he opened his eyes," he told FOX 13. "He said he couldn't feel anything from the neck down."

Bernice Vasquez said she did not believe her nephew was involved in the shooting.