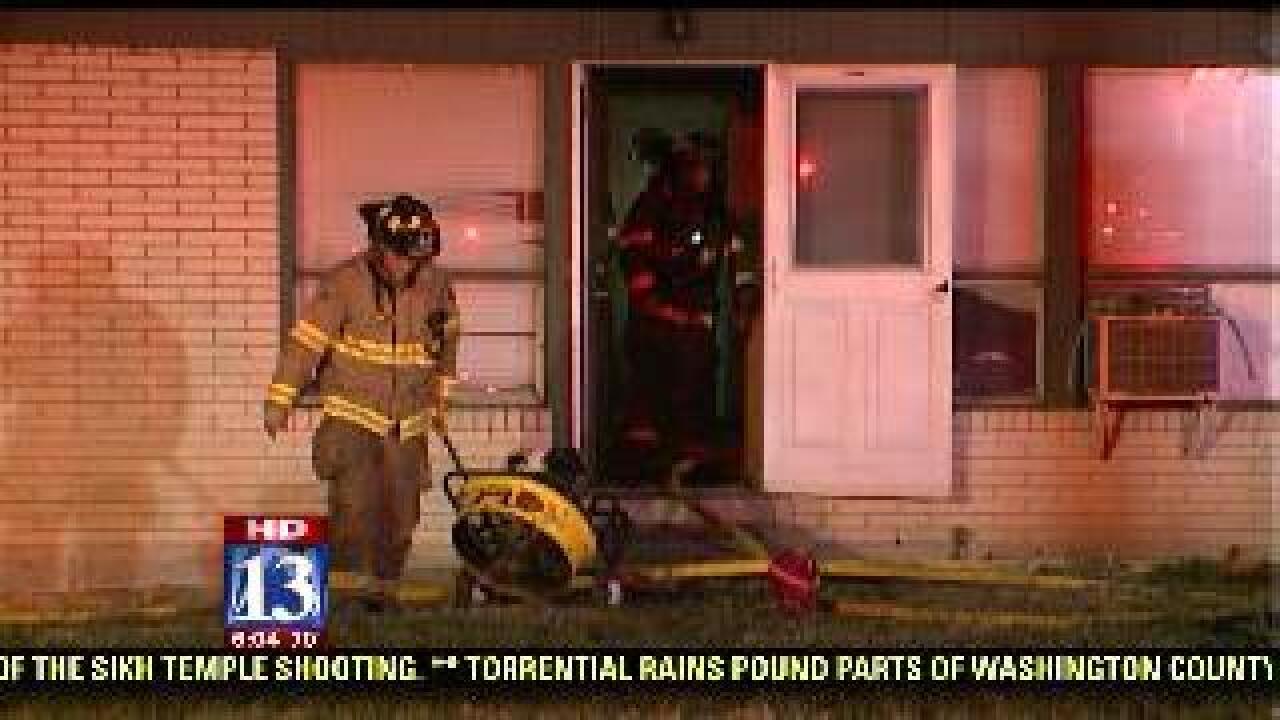 SOUTH SALT LAKE, Utah -- Two families have been displaced after a fire tore through the back unit of a duplex and then reignited.

Unified Fire Authority responded to the first fire near 3100 South and 700 East just after 9 p.m. Monday. Fire officials say the back unit of the duplex was in flames when they arrived.

South Salt Lake and UFA entered the duplex and said there were able to knock the fire down.

The flames reached the roof of the back unit, where an ember smoldered and rekindled the fire at 1:30 a.m. Tuesday. This was after firefighters had already left the scene.

Ron Morris, Fire Chief South Salt Lake City said the cause of the fire was still under investigation.

Officials say the back unit is a complete loss and the front unit had only a little bit of smoke damage. Damages are estimated at $100,000.