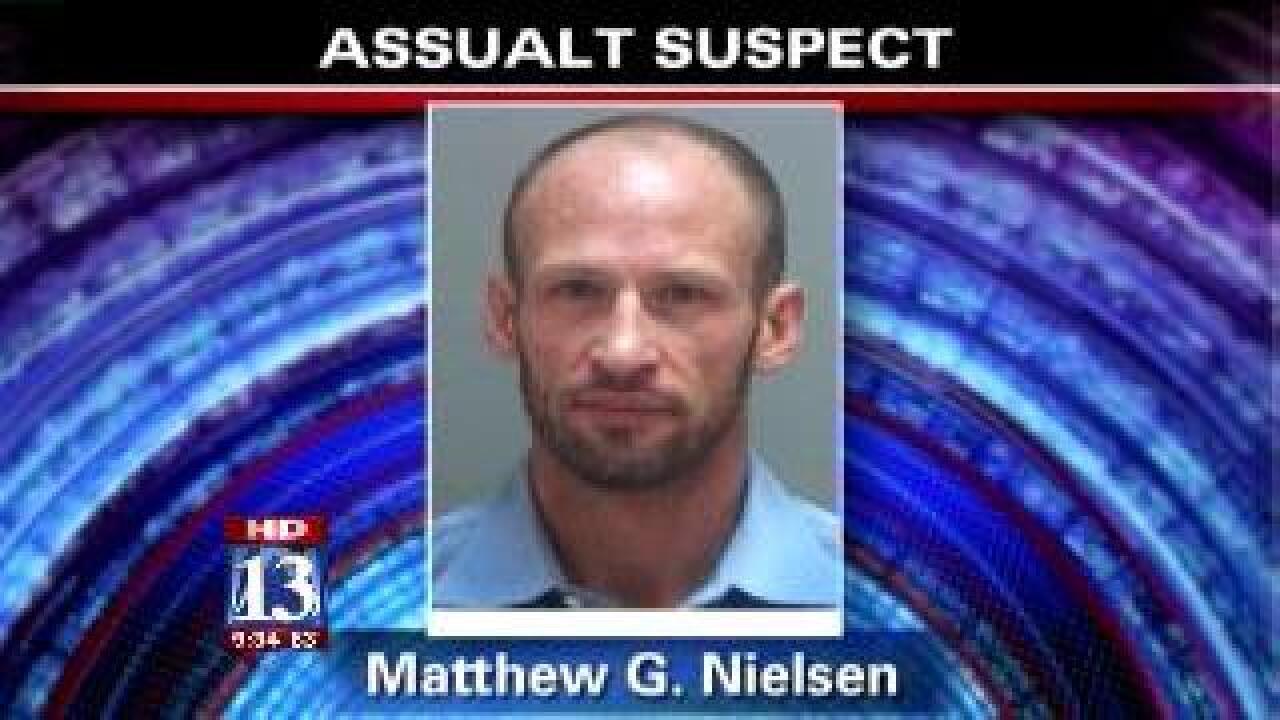 COTTONWOOD HEIGHTS, Utah - A former deputy district attorney in Salt Lake County was arrested on Friday for allegedly assaulting a woman inside his home.

44-year-old Matthew George Nielsen was arrested on Friday, at gunpoint, inside the Salt Lake City law office where he now works after a woman filed charges claiming that Nielsen assaulted her.

Nielsen used to work at the Salt Lake District Attorney's Office, but he left after being charge with forging pain medication prescriptions.

He was initially charged with assault after a woman claims he beat her so severely, she suffered broken bones and significant blood loss.

"They were able to develop probable cause that an assault occurred, the suspect, Matt Nielsen, assaulted his girlfriend. As soon as they got that case filed they went ahead and made an arrest," said Sgt. Gary Young, Cottonwood Heights Police Dept.

Officers with Cottonwood Heights Police and the US Marshal JCAT team went to Nielsen's current office to make the arrest. Nielsen allegedly refused to show his hands for a long period of time, but was finally arrested at gunpoint.

"He's a violent criminal and we want to act according with that, JCAT has the resources and manpower to do that," said Young. "Some additional charges will be pending from that for failing to obey a police officer."

In 2008, Nielsen was charged with multiple counts of forging pain medication prescriptions. Those counts were later dismissed after Nielsen completed drug court and was placed on probation.

But on Friday, police say Nielsen had drugs on him when he was arrested.

"It is my understanding he did possess some controlled substances. Again, it's part of the investigation, can't really comment but aditional charges are going to be forthcoming very soon. I understand they'll be felony charges, we'll be screening those pretty soon, first of next week," said Young.

Nielsen is currently out on bond, but there may be more charges coming.