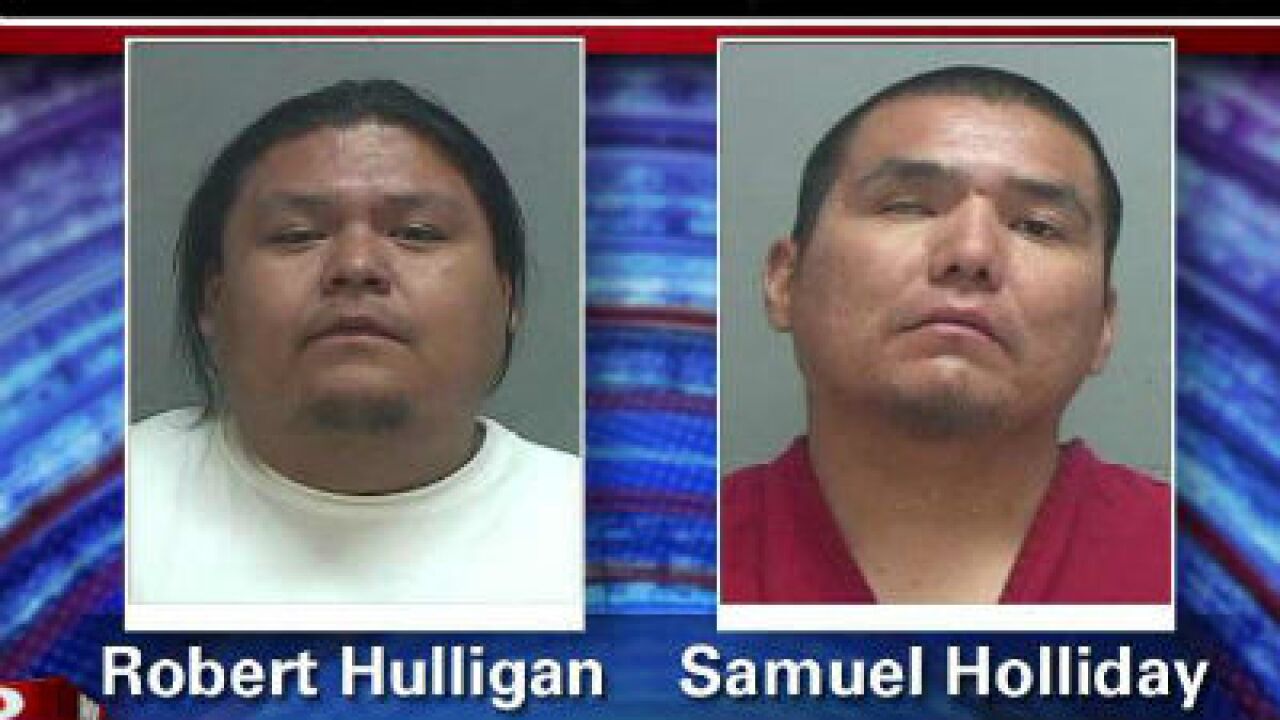 SANDY, Utah – A man is recovering from surgery after police say two men stabbed him in the neck.

Police say four men were drinking in an apartment at the complex located near 8600 South and 300 East when a fight broke out at around 3 a.m. Sunday.

“He was involved in that drinking with those individuals,” said Lt. Justin Chapman, Sandy Police Dept.

The victim ran to a neighboring house and someone there called police. The man was later taken to the hospital for surgery. He also had a deep cut on one of his fingers.

Police arrested one of the two suspects at the scene while the second barricaded himself in the apartment. A SWAT team was called in and the man was arrested him shortly after 6 a.m. Sunday.

The two men, identified as Robert Hulligan and Samuel Holliday, both in their 20s, now face attempted homicide charges.